Mortal Kombat has something of a low bar to clear for a number of reasons. First and foremost, it only has to be a more faithful adaptation than the 1995 film and it will already look better in comparison. Second, it only needs to fill the script with recognizable fan-favorite characters that will make audiences excited to simply see those fighters realized in live-action. And last but certainly not least, it only needs to deliver on the major attraction to the franchise: copious and comically over-the-top kills.

As far as those checklist items go, Mortal Kombat passes. The script by Greg Russo and Dave Callaham certainly wants to be a direct interpolation of the modern take on the franchise. That means that the inherently comedic absurdity of the property is drenched in self-seriousness to the point of seeming unaware of how goofy it really is. The movie is loaded with recognizable characters from different generations of the franchise which also means that it never is able to quite gel together as a proper ensemble piece. And as far as those ludicrous kill scenes? They are here but with the exception of one or two signature moments, they are trying for brutal coolness rather than gory hilarity. Granted, when they do go for gory hilarity, it is everything you would want from an adaptation.

But beyond those mandatory requirements, Mortal Kombat is a shockingly middle-of-the-road experience. The manufactured protagonist of the film, Cole Young (Lewis Tan), is so bland and flavorless that he leaves little to remember. That certainly isn’t Tan’s fault but he is saddled with the kind of audience proxy protagonist that barely needs any speaking lines. Why? Because he is just there to ask questions and get exposition dumped on him. What makes this a real bummer is that there are far more compelling heroes surrounding him like Jessica McNamee’s Sonya Blade, Mehcad Brooks’s Jax, Hiroyuki Sanada’s Scorpion, or especially Ludi Lin’s Liu Kang who comes into the picture at the start of the second act and should easily be the focal point of the story.

Thankfully, Mortal Kombat does know that its strongest asset is its characters and has cast the movie very well. Standouts include the absolutely giddy Josh Lawson as the ultimate scumbag Kano and Max Huang as the unbearably cool Kung Lao. The cast here is all more than game for what is being asked of them, but the script continually introduces minor characters that suddenly become prominent because the plot just needs them to be for no good reason. It means you’ll get lots of cool action figures to play with but it dilutes the strength of the main characters.

Maybe this would all be made better if Mortal Kombat was an exceptional martial arts film, but this is where the movie plants itself firmly in the “it’s fine” arena. Maybe it’s because a more classic approach to martial arts filmmaking like the excellent Corey Yuen film Righting Wrongs makes more of an impact. Editing and choreography in Mortal Kombat are functional but lack a real understanding of how to maximize the continual violence in many moments. It will work for many audiences who have become accustomed to modern approaches to action filmmaking but it is a little bit of a milquetoast approach to a property that centers itself around fighting.

Perhaps the most baffling decision in Mortal Kombat comes with the last act of the movie. The pacing of the film is actually fairly good for most of the running time, but when that third act hits, everything gets turbo-charged to a point where you might think you accidentally increased the speed to 1.5x. Beats don’t linger as long as they should, characters get dispatched in the blink of an eye, and the entire flow of the movie makes it feel like the timer at the top of the screen is running out. You almost expect the music to speed up like it would in classic video games.

Even with all of these criticisms, there is nothing egregiously awful or actively unpleasant about Mortal Kombat. It really does ride that unfortunate line of being just okay. It is a decent if forgettable experience that will likely sate the fans looking for the franchise’s signature gore and fantasy violence. If that’s all you want out of it, you won’t walk away disappointed. But as far as anything more than that, this has actually highlighted how well-structured and constructed the 1995 film was as a script. If this does end up getting a sequel here’s hoping the next movie gets a better protagonist and learns how to manage its time. 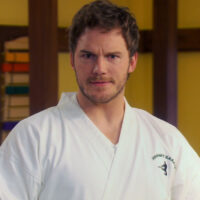