The most recent episode of WandaVision blew the minds of audiences, with the reappearance of – SPOILER ALERT – Quicksilver. Instead of WandaVision introducing Aaron Taylor-Johnson’s Quicksilver from the Marvel Cinematic Universe, the show “recast” the character of Quicksilver with Evan Peters, who played the character in Fox’s X-Men franchise. Now, a new rumor suggests this might not be the only Fox crossover we get in the series, but that Michael Fassbender could be reprising his role of Magneto.

In the episode, aptly titled “On A Very Special Episode…,” Wanda states that she can’t bring the dead back to life. Near the end of the episode, Vision and Wanda are having a fight when the doorbell rings, introducing Evan Peters’ version of Quicksilver into the Marvel Cinematic Universe. It’s unclear what this new development means, whether it’s a trick from Mephisto, like many fans seem to believe, if she has simply recast her brother in a sly wink the audience, or if the fabric between multiverses has been torn, making it possible for other actors from X-Men, like Michael Fassbender, to come into the Marvel Cinematic Universe.

But considering that Kevin Feige has said WandaVision is the first part of an unofficial trilogy, continued with the third Spider-Man film and Doctor Strange in the Multiverse of Madness, it seems like it is most likely the latter. Now, a rumor from Geekosity says this might be just the beginning of the X-Men crossovers, and that Wanda might be trying to recreate her family, which could include Michael Fassbender.

In the Marvel Cinematic Universe, Wanda’s father is supposedly someone with no special abilities, however, in Fox’s X-Men films, the father of Wanda and Quicksilver was Magento. According to this rumor from Geekosity, Wanda will try to recreate her family, and since her father is dead in the Marvel Cinematic Universe, she’ll pull one of the previous movie versions of her father – aka Magneto – into her own world. Geekosity points out their source says Disney approached both Ian McKellen and Michael Fassbender for the show, but it’s unclear which actor signed on, or if they’re still doing the idea at all, so take this news with a grain of salt.

As the rumor mentions though, it’s not clear if Disney even is going through with this idea, or if it was a concept that didn’t go through. It’s also possible that instead of bringing Magneto over, Disney decided to use Quicksilver instead. With only four episodes of WandaVision left and seemingly other surprise cameos on the way, we don’t have much longer to see if Michael Fassbender or Ian McKellan might be making their way into the Marvel Cinematic Universe. 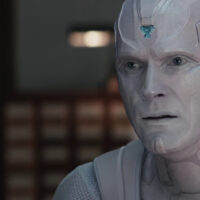 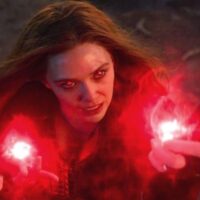