Michael Bay is well-versed in effects-heavy action blockbusters. His stewardship of the Transformers franchise would more than likely translate very well to another blockbuster franchise, the Marvel Cinematic Universe. The director recently gave his verdict to Comicbook.com on whether he’d ever consider making a superhero movie, and it likely won’t be a Marvel project.

To understand why Michael Bay is unlikely to direct an MCU project, his words to Comicbook.com detail his opinion perfectly: “It’s not that I’m not interested in Marvel. As Ridley Scott says, the most complicated thing for a director and the most fun thing for a director is to build the world.” Put simply, like the Transformers before it, Michael Bay wants to build something from the ground up, create the world, expand it for himself. He goes on to elaborate, saying; “I’m not the guy to go into Lucas’ Star Wars and do Star Wars Five. That’s not me. I’m not the one to come into Iron Man Seven. I’m not the one to do Batman 10. I want to do my own thing. I would love to do a superhero thing but I want to do it on my own terms and create my own world.”

These comments would appear to rule Michael Bay out from doing many a Marvel project and DC as well. However, for those wishing to see what Bay could do in the world of superheroes, it may not be definitive that Bay ‘won’t’ make a Marvel movie. Bay’s wish is to build a world from the ground up, not to come in and make a follow-up, reboot or sequel. There is a film director that Michael Bay could use as inspiration, James Gunn. James Gunn has set the blueprint for working in an established franchise in a fresh fashion. First off, he went to Marvel and had huge success with 2014’s Guardians of the Galaxy, taking relatively unknown characters and making them Marvel superstars. More recently he has done the same for DC Comics, making household names out of the likes of the Polka-Dot Man and Peacemaker. If Michael Bay were to take a leaf out of Gunn’s book, maybe he could join the comic book fray.

While a Michael Bay Marvel movie may seem like a far off and unlikely creation, a very real Bay movie is set to stream hit theaters on the 8th of April. Ambulance is Michael Bay’s latest feature film and stars Jake Gyllenhaal and Yahya Abdul-Mateen II. Gyllenhaal stars as a career criminal that ropes in his adoptive brother (Abdul-Mateen II) into a heist. Mateen II’s character agrees in order to pay for his wife’s medical bills, but after the heist goes awry, the two leads hijack an ambulance and set off on a dramatic showdown with the chasing authorities, you can see the trailer below.

Ambulance looks to have all the things fans have come to expect of a Michael Bay movie. High stakes, high octane action and plenty of thrills. Bizarrely, despite being known for the strength of the CGI in his movies, Michael Bay has mentioned there are some facets of Ambulance that he feels could do better. The director has even gone as far as to trash the CGI in some places, quoted as saying some of the CGI is ‘s**t.’ According to the director, one or two of the shots could have turned out better. Two shots out of a whole movie isn’t a bad hit rate, however, and Ambulance is sure to enthral fans once it hits theatres. Who knows, maybe Aquaman star Abdul-Mateen II can lure Michael Bay into the world of comic book movies. 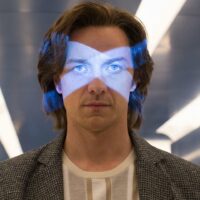