When one thinks of Michael Bay movies the first thought is big. As in big explosions, big set pieces, big acting, big music. He put his style on full display with the Transformers franchise and now he may be bringing that blow-em-up-first, ask-questions-later style over to the Marvel Cinematic Universe.

According to sources over at We Got This Covered, Kevin Feige has been chatting it up with uber director Michael Bay about the possibility of him taking on an MCU movie, which if were to happen, would be a change in direction for Feige, the MCU, and how they go about bringing in directors. Obviously, Jon Favreau, the Russo Brothers, and Taika Waititi are big names in the business and the MCU now, but before Feige named them to the MCU roster, they weren’t so big. Favreau had just come off a disappointing (but highly underrated) Zathura before he got Iron Man. It had been eight years since the Russo Brothers directed a movie when they were handed Captain America: Winter Soldier. Taika Waititi was pretty much known for low-budget off-beat material before he jumped aboard Thor: Ragnarok.

Bringing Michael Bay into the MCU fold would represent a highly unlikely pairing. It was Michael Bay himself who on more than one occasion stated his presence in the MCU would be a no-go. Not that the director isn’t a fan of the Marvel movies, he is. “I really liked Civil War. I like a lot of the Marvel movies,” he said via Collider. “When I saw Iron Man, it broke a lot of new ground for me, and it was a great character. Funny, witty, I liked that about it.”

But Michael Bay pointed out exactly what causes issues with many audiences. He wants, no NEEDS, to do things his way and his way only. Coming into an already established universe does not appeal to Bay in the least. “I wouldn’t want to, it’s not my thing, it’s just not my gig,” said the ever-blunt Bay. But he didn’t stop there, “I don’t ever wanna take someone like a third of something or second of something. I gotta do my own thing,” Bay continued, “’cause the most fun is when a real director creates the world. You know, you talk to Ridley Scott, one our favorite things to do is to create the world. Steven Spielberg, create the world. That is what it’s about.” He added, “If I were to do something I would have to redo it my way.” And therein lies the problem and why rumored talks between Feige and Bay raise eyebrows.

Amazingly, Michael Bay isn’t the only big-name director said to be talking with Marvel President Feige. As we reported earlier, Christopher Nolan, the auteur behind the highly successful The Dark Knight trilogy, has been in talks with the higher-ups at Marvel to direct an unnamed movie. This conversation comes on the heels of the reported friction between Nolan and Warner Bros. and Nolan’s displeasure with Warner Bros. when they announced their entire 2021 movie slate would release simultaneously in theaters and their HBO Max streaming service.

This isn’t the first time Michael Bay’s name has been linked to a possible Marvel movie. As recently as eleven months ago, Bay’s name was mentioned as possibly the one taking on Marvel’s Inhumans, the failed 2017 TV experiment which lasted a whole eight episodes, that Marvel was hoping to give a second chance via a feature film treatment. Not much more was said on the possible project other than that Bay was possibly interested. This would make sense from what Bay has said in the past concerning a possible marriage between him and Marvel. A project he would take from scratch and make his own.

At first blush, it’s not hard to see Michael Bay’s style as a fit. Then again, it would depend on the project. If it ain’t broke, don’t try to fix it. Feige and Marvel, to date, have a great blueprint down in terms of directors and style. Bay doesn’t seem to fit that mold. 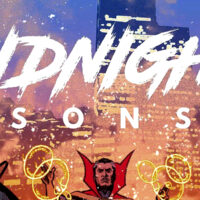