All Original Marvel Series Are About To Leave Netflix

Fans of the Marvel Netflix shows are having their hearts played with once again. It has been confirmed that the bevy of shows that make up The Defenders will no longer be available on the platform as of the end of the month.

According to What’s On Netflix, which tracks the ever-changing library of content that comes and goes on the platform each month, something unprecedented is happening with the Marvel Netflix shows. All six of them, a collection that contains more than 160 great episodes of television, will be removed from Netflix starting on March 1, 2022. Sadly, there’s currently no word on where the episodes will end up.

While the smart money is on Disney+, the platform has just a few weeks to announce it before fans find themselves totally unable to watch the Marvel Netflix shows on any platform. That said, it seems unlikely they’d land anywhere else. Disney+ is currently churning out series set in the Marvel Cinematic Universe and even had Vincent D’Onofrio reprise his role as The Kingpin in the finale of its latest show Hawkeye. In addition, Charlie Cox reprised his role as Matt Murdock for a small but memorable cameo in one of the franchise’s biggest films to date, Spider-Man: No Way Home. What’s more, it’s been teased that he’ll do more as Daredevil in the future.

Still, fans of the Marvel and Netflix shows have been burned before and it’s hard not to feel like their fandom is straight-up being played with right now. In 2015, the streaming giant kicked off a series of Marvel Netflix shows starting with Daredevil that was set within the world of the Marvel Cinematic Universe. But it did not directly interact with any of the main Avengers heroes. Instead, Daredevil was more of a gritty street-level crime series that captivated fans with its legal plot drama as well as its fight scenes which were second to none in the franchise at the time.

Fast forward four years and the Marvel Netflix shows now included Jessica Jones, Luke Cage, Iron Fist, The Punisher, and a major crossover series The Defenders. Fans were in love with the shows (less so Iron Fist) but there was trouble on the horizon. While Netflix previously held the first window rights to all Marvel content, Disney+ was rapidly making its way to people’s screens promising shows with direct connection to the larger Marvel Cinematic Universe, not that “maybe a vague mention to the battle of New York” kind of junk the Marvel Netflix shows were pulling.

Not surprisingly, the Marvel Netflix shows got the boot with an unceremonious mass cancellation. Then fans learned they had to wait years before Disney could do anything with those properties. Now that those years have passed, we get a little Kingpin here, a little Matt Murdock there, and a rumor or two about Jessica Jones coming up in a future project. However, in a world where Disney seems to be making major Marvel announcements left and right, these are mere table scraps for a fandom that’s shown a Pizza Dog degree of loyalty.

It’s not all gloom and doom, though. Given how many winks there have been to the Marvel Netflix shows in the proper Marvel Cinematic Universe as of late, it’s actually encouraging that Disney hasn’t immediately come forward and mentioned that the shows are coming to Disney+. Fans would just say “duh.” The question now is what is it planning instead? Why hasn’t it said anything about the Marvel Netflix shows? Is there a big announcement coming? 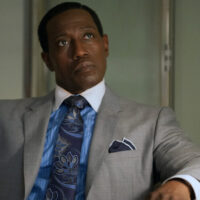 Krysten Ritter Has The Perfect Response To Change For Jessica Jones