Marvel filmmakers often boast that the success of the most successful franchise in film history has everything to do with their nerdy devotion to the original source material. That’s why it’s so disappointing for fans to learn that the studio is not treating the comic book writers behind some of the franchise’s best characters well at all.

In a new report from The Guardian, it was revealed by three different sources that Marvel’s default compensation for comic book writers is a measly $5,000 flat fee along with a ticket to the premiere of said film (assuming they’re willing to spend their fee on travel expenses, that is). This is a huge slap in the face to the creative minds behind some of the franchise’s most profitable and unique characters.

For reference, the Marvel Cinematic Universe is estimated to have made well over $23 billion at the box office across its films. That’s not counting whatever shows like WandaVision, Loki, Falcon and the Winter Soldier, and Netflix’s previous Defenders universe rake in. So, it seems that the person who created the freaking Winter Soldier should have more than $5,000 to show for it.

Although the article from The Guardian puts a shockingly low price tag on the Marvel Cinematic Universe’s use of characters created by its comic book writers, some of them have been sounding this alarm for years. Ed Brubaker, who along with Steve Epting co-created The Winter Soldier, now helms his own Marvel TV show on Disney+. He said in a 2016 interview that he got more money from Screen Actors Guild residuals for his cameo in Captain America: The Winter Soldier than he did from actually writing the storyline it’s based on. He also shared on his blog recently that, although he loves Sebastian Stan, seeing the character get more and more exposure while he doesn’t see a dime from it is becoming an increasingly tough pill to swallow.

Ta-Nehisi Coates, whose run on the Black Panther helped Marvel decide that bringing the character to the big screen would be a profitable venture, grossing roughly $1.2 billion at the box office, told Polygon in May that Marvel’s compensation is essentially perfunctory hush money.

The Hollywood Reporter notes that Jim Starlin, who created characters like Gamora, Drax and a little-known villain you may have heard of named Thanos, had to fight to renegotiate his contract with Marvel after Josh Brolin brought the character to life in Avengers: Infinity War and Avengers: Endgame making more billions for Marvel.

Marvel had no comment to The Guardian’s request for information on its compensation for comic book creators whose characters go on to the films and TV shows that end up becoming some of the most popular properties out there. However, the revelation that it’s stiffing the creative minds behind the success of its franchise is both a disappointment and a bad look for the studio amid a lawsuit from one of its most beloved franchise players.

Currently, Scarlett Johannson is suing Disney (Marvel’s parent company) for releasing Black Widow simultaneously on Disney+ after promising her an exclusive theatrical release in her contract. Because of that exclusivity, the star agreed to be paid based on box-office turnout. As a result, The Wall Street Journal estimates that she will lose roughly $50 million.

In short, after more than a decade of being the number one name in all things superhero, it seems some pretty hearty cracks are starting to show for Marvel. Ironically, they’re proving what a noteworthy DC Comics film character once said — “You either die a hero or live long enough to see yourself become the villain.” 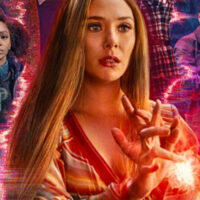 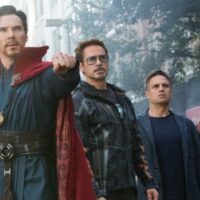