By Tristan Zelden | 51 mins ago

The news was dropped on his podcast, WTF with Marc Maron, where he announced that he would voice the iconic antagonist for the blockbuster DC animated movie that hits theaters in 2022. Marc Maron did not say if his character has a pet or not, but if he does, it will surely be something that an evil CEO would own. Regardless, he will be up to no good as he surely will be displeased with a new team of superheroes, especially if those crime-fighters will be a bunch of pets of said superheroes that he already has beef with.

Marc Maron was joined by Steve Buscemi on the podcast. They talked about Buscemi’s career, stand-up, his time as a volunteer firefighter, and 9/11.

The project was announced in July 2018, but it was slow at first, with neither Marc Maron nor any other big celebrities in sight. Things picked up when Dwayne Johnson (Jungle Cruise) signed on for the role of Krypto the Superdog, Superman’s doggo. He will also produce with Dany Garcia, Hiram Garcia, Patty Hicks, and the film’s director and writer, Jared Stern (Happy Anniversary). Shortly after the Fast & Furious actor put his name on the board is when other big names started to pop up for the roster of the animated movie, like Marc Maron.

While we have plenty of casting details and who is behind the camera, but we have not been able to see anything else beyond that. In mid-October, we will get DC FanDome, where we hope to get plot details or even a first look. Maybe we will see Dwayne Johnson as the superpowered good boy or Marc Maron as Lex Luthor. Hopefully, we can also get a confirmation if the villain has a pet of his own and how cute or ugly it might be.

Marc Maron has another animated role lined up. He will be in the Dreamworks heist movie The Bad Guys. It will be directed by Pierre Perifel, who has worked on the Kung Fu Panda trilogy but will make his directorial debut with this project. The film starring Marc Maron is written by Ethan Cohen (Holmes & Watson) and Hilary Winston (Dr. Ken). The Joker actor will be joined by Sam Rockwell (Jojo Rabbit), Awkwafina (Shang-Chi and the Legend of the Ten Rings), Anthony Ramos (In the Heights), Zazie Beetz (Invincible), Craig Robinson (Brooklyn Nine-Nine), Alex Borstein (Family Guy), and Richard Ayoade (Disenchantment). 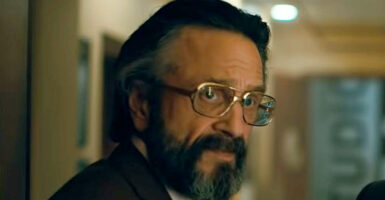