See The Mandalorian In Fortnite

Fortnite, the video game phenomenon that has captivated the gaming world since July 2017, has always been really great about finding new ways to engage players. One of the ways the popular online game has garnered new fans is using real-life events, such as the Super Bowl or high-profile movie releases, to broaden its appeal and provide something for everyone. Now, one of the most popular television shows in recent memory, The Mandalorian is coming to the game, and players have every right to be excited.

According to a newly released trailer, The Mandalorian is officially set to join Thanos and other Disney-owned characters on Fortnite. Not sure what that means? Well, no worries. We’ve got the trailer for it right here. Check it out:

It looks great, right? Oh, and here is the official logline for the limited-time Mandalorian mode, which is titled Mando’s Bounty:

Playing Solo or with others, collect galactic credits by eliminating the target on your Bounty Puck or any opponent you see. The first to reach the credit goal wins the match (assuming they can prove themselves against Mando first, of course). All players start out with three lives. This is the way.

Curiously, The Mandalorian‘s Grogu/Baby Yoda is not in any of the released footage, and it’s likely we won’t know if he’ll pop up to eat babies until Mando’s Bounty is released later this month. But a potential Grogu cameo does not even touch being the best part of Mando’s Bounty. Undoubtedly the most exciting feature of this new mode is its promise of a Beskar Umbrella for those who score a Victory Royale. Pretty cool (and hilariously difficult to picture).

The first season of The Mandalorian premiered back in November 2019, with its second outing hitting Disney+ not even a year later in October 2020. The series centers around a lone bounty hunter navigating that rarely-explored, post-Empire time period between Return of The Jedi and The Force Awakens. While on his adventures, he encounters “The Child,” a small creature who strongly resembles the late Master Yoda (but who we promise isn’t actually Yoda). Demand for the show has been nuts, so naturally, Fortnite would want to capitalize on the show’s incredible rise in popularity.

Mando’s Bounty will only be available until February 9 at 9 a.m. ET, so experience this exclusive Mandalorian mode while you can! From the look of its trailer, it will probably be a lot of fun.

The Mandalorian‘s second season may be over, but a third season is officially on the way. Production for that starts this April. Before that, though, we’ve got The Book of Boba Fett to which we can look forward. There is a ton of Star Wars goodness to get excited about, and it will be really interesting to see how Favreau goes about tying his story into George Lucas’s larger universe. We don’t have too much longer to wait, so hold on to your butts and get ready!

The Mandalorian will return later this year for its third season on Disney+. If you can’t wait that long to experience this beloved character once again, this new Fortnite mode seems like the best way to scratch that itch. 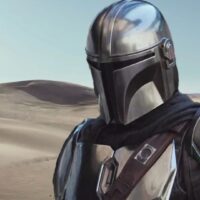 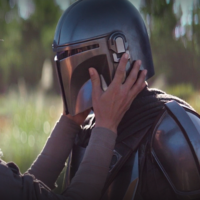