Playing the Joker isn’t high on Kristen Stewart’s list of priorities, a Variety exclusive reveals. The César awardee appeared on Variety’s Awards Circuit podcast on Wednesday to discuss the making of Pablo Larraín’s Spencer when the subject of playing the Joker came up. The bad news: Kristen Stewart wouldn’t touch the role with a ten-foot pole if she can help it. As celebrated as the Clown Prince of Crime is, the former Twilight star won’t play a Batman villain that by all accounts has already been done to death. The good news: she’s flattered, so the possibility isn’t entirely out of the picture.

“I love the energy behind that,” Kristen Stewart tells film awards editor Clayton Davis. “It’s really been done so well. I feel like, maybe, we don’t traipse over, but I love that gusto. Let’s figure something else out. I’m totally down to play a freaky, scary person.” And yet she isn’t exactly sold on the idea either. There’s potential there, but it’s not the sort she’d be jumping up and down over. When asked point blank if it’s a yes or a no, she adds: “Not no, but not the most stoked I’ve ever been. Let’s do something new.”

Check out Kristen Stewart’s recent chat with Variety below:

Former beau Robert Pattinson recently took over from Ben Affleck and Michael Keaton as the younger Batman of the DC Extended Universe’s gyrating catalog of Elseworlds films. He plays the Caped Crusader in his second year of fighting crime, facing up against the Riddler (Paul Dano) and Penguin (Colin Farrell) in Matt Reeves’s neo-noir epic The Batman. Interestingly, his name didn’t come up in Kristen Stewart’s interview with Variety.

Though decidedly compassionate, leaving him out of the conversation entirely feels like a rather bizarre omission. If cast, Stewart’s Joker would have to play human tic-tac-toe against Pattinson’s Batman; it would have made for an extraordinarily uncomfortable set experience. Kristen Stewart and Robert Pattinson are professionals, but they’re also human. Which begs the question: is the Los Angeles native refusing the part out of artistic integrity, or because it wouldn’t be ideal playing such a difficult role opposite your ex? We’ll never really know.

Kristen Stewart and Robert Pattinson first met on the set of Twilight, where they played star-crossed lovers, Bella Swan and Edward Cullen, respectively. For those living under a rock in the mid-2000s, Twilight revolves around a young woman who inexplicably falls in love with a vampire old enough to be her great-grandfather. Their relationship attracts the suspicion of the vampires’ reigning world order and the ire of the Quileute werewolves, led by Bella’s sometimes paramour Jacob Black (Taylor Lautner).

The series, a source-accurate adaptation of Stephenie Meyer’s novels, became a worldwide phenomenon, launching both Kristen Stewart and Robert Pattinson to super-stardom. The two have dated on and off, even contemplated marriage, but eventually split in 2013 after four years of being together. The pair has since moved on to relatively greener pastures, starring in several arthouse films that would later redefine their careers and prove their mettle against Hollywood’s reigning elite. Suffice it to say, even the thought of bringing up their names in an interview is social suicide. What’s past is past.

Unfortunately for the aggrieved couple, Warner Bros. wasn’t quite ready to give up on them just yet. When rumors swirled around Robert Pattinson’s involvement in Matt Reeves’s Batman reboot, executives were reportedly scouring for a Kristen Stewart lookalike to play Catwoman. Much like the recent social media craze egging Warner Bros. to cast Stewart as a female Joker, a campaign had cropped up online fancasting Stewart opposite Pattinson. And on the surface, it seemed perfect; Stewart has the build to play Selina Kyle and is rocking a trimmed hairstyle that more than sufficiently fits the bill. More importantly, they already know each other.

And yet it would’ve been an emotionally tone-deaf take. These two clearly don’t want to work with each other, and pushing the issue isn’t only insensitive, it’s also wildly disrespectful. Warner Bros. did eventually walk out on the idea and instead chose Zoë Kravitz for Catwoman. It’s a happy ending for everybody; Kravitz is acing The Batman if recent reactions to the first major trailer are any indication, and Kristen Stewart may just bag her first Oscar playing Princess Diana in Spencer. 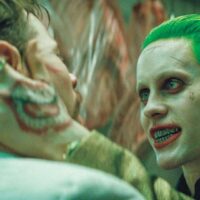