It’s been nearly a decade since Kristen Stewart was last on-screen as Bella Swan in the Twilight movies. And when they filmed the last scene for the franchise, I don’t think anyone was too bullish about getting more stories in this franchise. Though this is Hollywood and anything is possible. There have been rumors recently about another sequel in the works. But insider Daniel Richtman has it that Kristen Stewart would want to make a major change to her character if another film was actually made. She wants Bella to be bisexual in whatever follow-up film was to be put into production.

Kristen Stewart likely has a lot of sway over another Twilight film being put into production. After all, it’s unlikely we’d get any further stories without her and Robert Pattinson (at a minimum) on board for another film. And this rumor from Richtman does line up with what we know about Stewart already. back in 2018, the actress came out with the news that she herself identified as bisexual. It would make sense for her to want to take the character that launched her career in the same direction she herself has gone over the years. As a strong and powerful voice in the Hollywood community, it would appear Stewart is advocating to play roles that align with her own person.

Now, though this is an interesting tidbit about possible directions for Kristen Stewart in a new movie in the Twilight franchise, we are very much just in the rumor phase of any new movie. It would appear the studio folks and major players are merely discussing the possibility and what it could mean to put another story on-screen. There would be significant hurdles to clear before even getting started. The first, and most obvious, is that in terms of Twilight stories, Breaking Dawn was the end of the line for the Stephenie Myers source material. Though she’s written other books in the series, those were of differing perspectives rather than furthering the story of Edward and Bella. Would the studio be willing to branch off a story without Myers having put it to paper yet? That is unclear.

Now, there are rumors that Myers is at work on two more books in the series though they are far from being finished. The studio could just be gearing up for those to release and anticipating another movie coming down the line in short-order. Would Kristen Stewart have enough say to dictate Bella’s character in Myers’ eyes? I suppose it’s possible considering the movies were such massive hits and furthered the popularity of the story and characters to unbelievable heights. There’s a chance Myers takes this into mind when creating the future for Edward and Bella.

The other issue at hand which could stop a possible next Twilight movie would be the other rumor right now that Kristen Stewart and Robert Pattinson aren’t getting along. Apparently the two have no real desire to work together on another project and definitely not one that would involve the two in a continued love story. So it would seem that for any new movie to come out the studio would first need to get a story and then make sure the two leads didn’t hate each other. That’s a lot of boxes to check.

As for Kristen Stewart in the short term. It’s all mostly rumors as well. There’s been some word that she could actually join Pattinson in the DC Universe as Batwoman, but that is only scuttlebutt right now. There’s also talk of a Snow White & the Huntsman follow-up as well, but that is rumor only. Will she have enough sway to change a Twilight character in a major way? Only time will tell on that one. 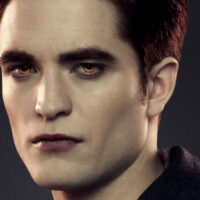 Robert Pattinson Has Issued Demands To Return For More Twilight?