In an interview with The Telegraph, Kit Harington, who played Jon Snow on Game of Thrones for eight seasons, has said he no longer wants to play masculine roles.

Kit Harington stated, “I feel that emotionally men have a problem, a blockage and that blockage has come from the Second World War, passed down from grandfather to father to son.” Harington continued, “We do not speak about how we feel because it shows weakness, because it is not masculine. Having portrayed a man who was silent, who was heroic, I feel going forward that is a role I don’t want to play anymore. It is not a masculine role that the world needs to see more of.”

While promoting his performance in True West in 2018, Kit Harington told the BBC of his time with Game of Thrones, “It was emotional to leave the job definitely. But I wouldn’t say I was sad: if like me you go all the way back to the pilot of Game of Thrones that’s almost 10 years of your life – that’s really unusual in an actor’s career. It was a huge emotional upheaval leaving family.” But despite that emotional goodbye, Harington continued, “But would I want to go back and do more? Not on your life.”

The weight of Game of Thrones and the role of Jon Snow seems to have taken a toll on Kit Harington, which could be a part of his desire to want to avoid such roles in the future. In a 2019 profile for Esquire, Harington said of his final day shooting, “I felt fine…Then I went to do my last shots and started hyperventilating a bit. Then they called ‘Wrap!’ And I just fucking broke down. It was this onslaught of relief and grief about not being able to do this again. It wasn’t so much about Jon. It was about not being in this world, not getting to smell those smells, fight those fights, be with these people – the whole package.”

Yet with Kit Harington understandably wanting to move away from such masculine roles after playing Snow for so long, it does bring into question how this choice factors into his next role in the 2021 Marvel film, Eternals. In fact, Harington will be playing Dane Whitman – otherwise known as Black Knight – a human warrior who inherits a mystical sword.

At the NEXT Conference in 2019, via Comic Book, Kit Harrington said of his upcoming role, “I’m going to play a superhero, which is cool. I don’t know what I can say about it, I’m scared to sort of even mention it.” Harington went on to say, “I’m trying to choose things as far away from Jon Snow as possible, but I’m playing a superhero and he’s got a sword.”

At the very least, it’ll be interesting to watch Harington’s career from here on out, as he tries to break away from being known as Jon Snow, and away from the masculine roles he’s portrayed in the past. 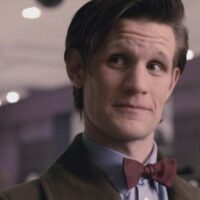