Between their slate of Phase Four feature films and various Disney+ shows, Marvel Studios is cranking out superhero content at an unprecedented rate. That means there is a near-constant need to bring in new, marketable actors to fill their constantly expanding world, which has to be a strain on the casting agents. According to our trusted and proven sources, the latest A-lister to suit up is James Dornan, who is being brought in for the upcoming Marvel Cinematic Universe Fantastic Four movie.

The question then becomes: what role will Jamie Dornan play in Marvel’s new version of Fantastic Four? There are two main possibilities for Jamie Dornan as part of Marvel’s First Family, the first being team leader/patriarch/stretchy guy Reed Richards aka Mister Fantastic. We have already seen one possible version of Reed Richards in this year’s Doctor Strange in the Multiverse of Madness, in which he was played by John Krasinski. Since Sam Raimi has pretty much admitted that Krasinski’s presence in the movie was essentially a bit of fan service directly ordered by Marvel President Kevin Feige, we are not likely to see more of that version. However, we think it is much more likely that Jamie Dornan will be playing Johnny Storm aka Marvel’s Human Torch.

Jamie Dornan bears a striking physical resemblance to Marvel Comics’ Johnny Storm, who has consistently been portrayed as rakishly handsome and blonde. The Human Torch is generally also portrayed as the youngest member of the Fantastic Four, but considering we still do not know exactly how the team will be integrated into the MCU and how old the other members are, we can see Jamie Dornan fitting the part. Jamie Dornan also has a sly charm about him, which would fit perfectly for one of Marvel’s most famous reckless but good-hearted playboys.

While Jamie Dornan is best known for playing solemn, intense characters (as in Fifty Shades and the acclaimed crime series The Fall), joining the Marvel Cinematic Universe as Johnny Storm could be a perfect opportunity to play against type and have some fun. Johnny Storm has been played by both Chris Evans and Michael B. Jordan in previous film adaptations of the team; both would go on to join the MCU as different characters to great acclaim. Perhaps it is time that we get an already acclaimed actor as the Human Torch, and Jamie Dornan could be just the guy for Marvel. 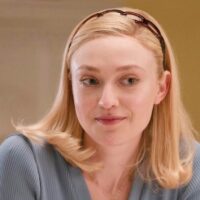 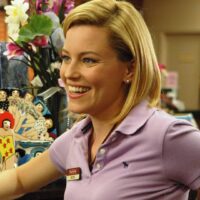