According to our trusted and proven sources, the alien disaster classic Independence Day may get another life as a streaming series.

Every intellectual property that can become a franchise will inevitably become a franchise. If anything, it is a little odd that the 1994 blockbuster alien disaster movie Independence Day has been so slow to seize on the opportunity to spin-off projects, but it looks like the days of too-little ID4 are coming to an end. According to our trusted and proven sources, Hulu is currently developing an Independence Day project as a streaming series. Like all streaming platforms, Hulu is constantly on the prowl for exciting new content, so it seems likely that the name recognition and possibilities of Independence Day are what is pushing it towards a series.

Independence Day was released in 1996 and was an enormous moneymaker, raking in a staggering $817 million at the box office. The fact that Hollywood has not seized on more opportunities to monetize a huge movie like Independence Day might have something to do with the huge scale of the movie (given that it already blew up a good percentage of the world’s landmarks), which might be difficult to scale to a series. It also might be that Independence Day creators Roland Emmerich and Dean Devlin had larger ambitions than a series, given their penchant for outsize, high-concept science fiction films like Moonfall and The Day After Tomorrow. However, streaming content is the way of the future and there is only so long that anyone can hold out.

The development of an Independence Day series also raises the question if it will follow the events of Independence Day: Resurgence, the little-loved 2016 sequel. The long-in-the-works follow-up film grossed a mere a $389 million at the box office, which would be pretty good if it did not have the weight of a few decades of expectations on it. Independence Day: Resurgence was overtly designed as a legacy sequel, bringing back original stars Jeff Goldblum and Bill Pullman with the intention of passing the reigns to a new crop of stars including Liam Hemsworth, Maika Monroe, and Jessie T. Usher.

However, Independence Day: Resurgence did not quite make the impact needed at the box office to greenlight the following sequels that were very clearly teased by the revelation that there were multiple alien species fighting against the world-destroying aliens from the first movie and humanity was up to bat next. A large part of that was undoubtedly the absence of original star Will Smith (who passed in order to star in Suicide Squad, and not the good one); his character was unceremoniously killed off between the films, which also makes it unlikely Independence Day could utilize his currently iffy star power for a series.

However, this is currently the day of the high-budget streaming project, so Independence Day could perhaps ride that wave. If Amazon Prime Video can spend a billion dollars on a Lord of the Rings prequel, Hulu can probably spend a couple hundred grand on Liam Hemsworth (with maybe a Jeff Goldblum cameo) fighting hive aliens in space. 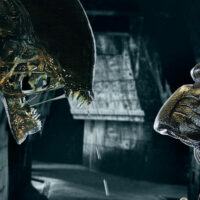 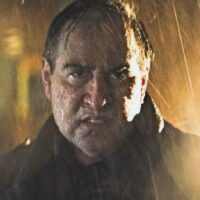 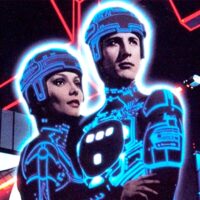