With The Suicide Squad from James Gunn reinvigorating the critical and fan base over the group of rather doomed contract killers/ government operatives, it stands to reason we are going to get more stories about these characters (what’s left of them) in due time. Heck, one spin-off series is already on its way. Well, there could be more in the works too with a possible team-up movie happening for two of the better aims in the comic book world. Giant Freakin Robot had the exclusive a couple of months back that Will Smith wanted his Deadshot character to team up with Idris Elba as Bloodsport in a new production. The latter may have just confirmed such a thing.

In an Instagram post on Sunday, Idris Elba threw out a picture of him and Will Smith standing together and yucking it up. Sure, just your standard Hollywood red carpet thing with a couple of buddies posing for the cameras. But the description from Elba let on something else might be in the works. He said, “Me + Will coming soon” and now it has folks buzzing. Could this be a reference to Bloodsport and Deadshot reuniting on some sort of Suicide Squad mission? It certainly seems plausible. Check out the Idris Elba post:

Look, these are two of Hollywood’s finest so there is a large spectrum of projects they could be teaming up to put out there. It doesn’t necessarily mean both are getting a return to the DC Extended Universe in short order. But it would make a lot of sense for how that franchise might want to build out its characters. For starters, Idris Elba was a fantastic addition to the ranks in The Suicide Squad. His subdued and rather acerbic demeanor coupled with his full expertise in all weaponry (plus a solid moral code) made his Bloodsport one of the highlights of The Suicide Squad.

And though David Ayers’ Suicide Squad was a pretty huge miss for DC, getting the tone of the group all wrong in a convoluted story, it was hard to blame Will Smith here. Though he was probably a little too “nice guy” for the group as a whole considering their backgrounds, the Deadshot character mostly worked because of Smith’s on-screen charisma. Smith was noticeably absent from the reboot. Bringing him back into the fold and having him be something of a comedic foil for Idris Elba as Bloodspot would definitely work. Plus, their combined firepower and ability to just not really every miss would make them a formidable pairing for sure. This could have something of a Bad Boys type feel for the DC world if they pulled it off.

While an Idris Elba and Will Smith pairing might be on its way (in DC or not) the two are plenty busy right now in their own respects. Smith could be headed for an awards season turn with his upcoming biopic King Richard already receiving immense critical acclaim. He has a ton of other projects in the pipeline as well including The Council, Fast and Loose, and another in the aforementioned Bad Boys franchise. And Idris Elba is just coming off the critically acclaimed Netflix Western The Harder They Fall while also just finishing up the adaptation for Three Thousand Years of Longing. But this latest Instagram post could be the sign that a Bloodsport and Deadshot pairing is happening which would just be incredible. 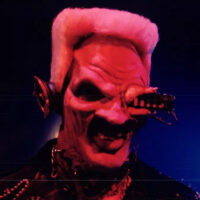 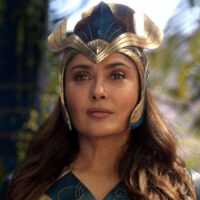 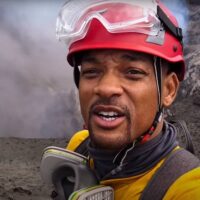