Henry Cavill is hanging up his cape when it comes to Superman. The actor is out when it comes to playing the Last Son of Krypton, but rumors have persisted that he could be joining up with the Marvel Cinematic Universe and headlining one of their upcoming superhero projects. There has not been a ton of information regarding exactly what role Cavill would be attached to if he did decide to go play in the Marvel sandbox until some news just dropped that sheds a light on what Marvel’s plans would be for the former Man of Steel.

Mikey Sutton of Geekosity is reporting that Marvel Studios would love nothing more than to get Henry Cavill to play the character of Brian Braddock a.k.a. Captain Britain. Before you start thinking that the character would just be a British copy-and-paste job of Captain America, you might want to take a gander at the character’s actual background. Instead of being given his powers through super-science, Braddock receives his powers through magic that was gifted to him by none other than the legendary magician Merlyn. He draws his powers from interdimensional energies that are concentrated around the British Isles in multiple universes. Basically, Henry Cavill would get to play a very different kind of character than Captain America and would give audiences yet another attachment to the magical side of the Marvel Cinematic Universe.

And Henry Cavill has been the favorite for Marvel Studios’ casting of Captain Britain for quite some time. Mikey Sutton scooped that the actor was the frontrunner for the role back in October of 2019. It sounds like the powers-that-be at Marvel have continued to keep their eye on Cavill and what he has been doing. With him now removed from his duties as Superman, could they pounce on him while he is a free agent in the realm of on-screen superhero roles? And would nabbing a former Superman give them a lot of credibility in the world of fandom? It would certainly dredge up some competitive feelings between Marvel and DC fans.

Henry Cavill might end up being too busy for the role of Captain Britain. He is still attached to Netflix’s The Witcher for additional seasons and we know he is involved with a massive multimedia project concerning the Mass Effect franchise. Making a commitment to Marvel Studios would be a significant chunk of his schedule moving forward. The Marvel Cinematic Universe projects usually nail down leading superhero actors for around five pictures. It could be less or more depending on how integral Marvel would want to make the character of Captain Britain, but there is no doubt that it would dominate a prominent portion of Henry Cavill’s availability moving forward. Will he want to be on board for such a commitment considering some of his other large projects?

We will simply have to wait and see if Marvel does snag the former Superman for the role of Captain Britain. The character has not been officially announced for any projects in the near future, so it could be a while before we see any confirmation about Henry Cavill’s involvement. 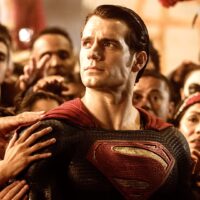 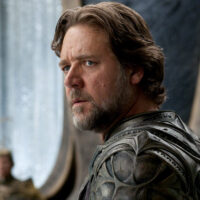