Gina Carano has been cancelled once and for all. Right? After a long run of controversial posts on social media, the star from The Mandalorian was removed from the show and Disney said they weren’t working with her again. Despite this, the actress who previously played Cara Dune often makes social media posts that leave her fans wondering. After all, it isn’t unheard of for major companies to hire back previously cancelled talent. For example, Marvel, like Lucasfilm (the company responsible for Star Wars) is owned by Disney. They fired James Gunn, the director of Guardians of the Galaxy after some of his old tweets were discovered. He is now gearing up for Guardians of the Galaxy Vol: 3, back to working with Marvel. Does that mean there’s hope for Gina Carano? Is that what her latest social media post is hinting at?

You can see the latest tweet from Gina Carano below.

The video in question is credited to the artist Muhcine Ennou. The original video itself doesn’t appear to have anything to do with Star Wars. However, Gina Carano is known to hint at things with her social media posts. Vagueposting is something her followers have become accustomed to. So she knows that when she posts anything that could be Star Wars-related, her fans may have hope.

In this particular video, Gina Carano fans immediately began to reply asking her if the video was a reference to Cad Bane. To dive into some Star Wars background here, Cad Bane is tied to a number of characters. Boba Fett is a bounty hunter many are now familiar with after seeing The Mandalorian. His father (who he was cloned from) is Jango Fett. Jango Fett mentored Cad Bane. Subsequently, following Jango Fett’s death, Cad Bane and Boba Fett have had some experiences together over the years. They’re often considered rivals. It wouldn’t be out of the question that we may see Cad Bane on the upcoming series The Book of Boba Fett. Right now, Cad Bane can be seen on Star Wars: The Bad Batch, a new animated series on Disney+. Recently, Cad Bane revealed some new information about Boba Fett, including the bounty hunter’s birth name.

While many were replying to Gina Carano asking if the video she shared was a reference to Cad Bane, especially since we’re currently seeing him on screen in Star Wars: The Bad Batch, Carano didn’t reply with any answers. That’s sort of par for the course with her. Does the tweet mean there’s a possibility of Gina Carano doing voice work in a Star Wars animated series? Or possibly returning for The Book of Boba Fett? Or even, after everything, Mandalorian season 3?

Probably not. The CEO of Disney, Bob Chapek, had to come out and do interviews when Carano was fired. They went so far as to discontinue Cara Dune toys. These felt like big signs that Disney isn’t going to backtrack and bring Gina Carano back, even in an animated series where her fame may draw less attention so her use of social media wouldn’t reflect so strongly on the company. 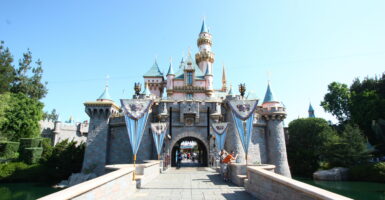 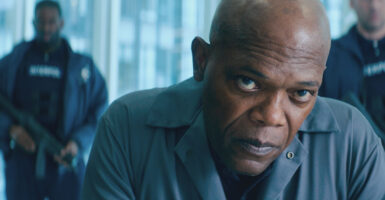