Lionsgate Entertainment is a production studio known for many famous franchises like Rambo, The Expendables, The Hunger Games, and John Wick. They also have their hand in the Angel franchise starring Gerard Bulter as a secret service agent in multiple scenarios protecting the president over three films. But their next big action film starring the Scottish actor is getting a bump up in the release date. According to Deadline, Lionsgate is pushing the new Gerard Butler film, Plane, up from January 27 to January 13.

Gerard Butler’s Plane is an action thriller following Brodie Torrance (Butler) as a pilot who crashlands his flight to avoid a lightning storm, only to end up on a dangerous and war-torn island. The out of the frying pan and into the fire storyline sees Butler attempt to save a group of his passengers from an army of soldiers, with only the help of a convicted murderer, to see if he can get them all out alive.

The move for Gerard Butler and Plane from the end of January to the middle of the month changes its competition from Vertical Entertainment’s Maybe I Do, Universal Picture’s Distant, and IFC Films’ Worlds Apart with Bob Odenkirk to Warner Bros.’ House Party reboot, Columbia Pictures’ A Man Called Otto starring Tom Hanks, and Samuel Goldwyn Films’ The Devil Conspiracy.

Alongside Gerard Butler in Plane is a former Marvel Cinematic Universe alum from the Netflix series Luke Cage, Mike Colter. Colter has appeared in some of the most significant projects in the last two decades, including TV series like ER, Blue Bloods, and multiple Law & Order versions, along with big-budget films like Salt, Men in Black 3, and Zero Dark Thirty. However, his role as Luke Cage in his own spinoff series, Jessica Jones, and The Defenders in the MCU brought him to the forefront of the industry and landed him further prominent roles.

Gerard Butler’s Plane is one of a whopping ten films he has in development; those films contain two sequels to his past films in the case of Den of Thieves 2: Pantera and Greenland: Migration. He is also starring in multiple action films that are right up his usual ally with Kandahar, about a CIA agent lost in Afghanistan, Remote Control, about a British Agent, and Just Watch Me, about a group of thieves.

Finally, he is starring in a new post-apocalyptic thriller called Afterburn, following him and some other treasure hunters looking for relics of humankind following a solar flare.

While his last film, Last Seen Alive, had little to no fanfare, Plane seems to be going harder on the release with trailers in the theaters and announced release dates. While neither of the two main stars is known to be guaranteed at the box office, if they bring the same performances Butler did in the Angel franchise or Zack Snyder’s 300, and Colter brings his Luke Cage persona to the screen, they can bring in big profits.

From the looks of their competition on opening weekend, there doesn’t seem to be much they will have to face to steal tickets. Gerard Butler and Plane could be a hit. 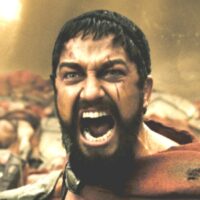 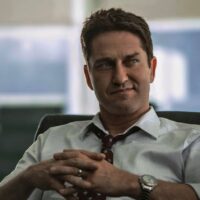 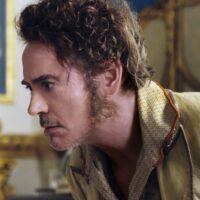 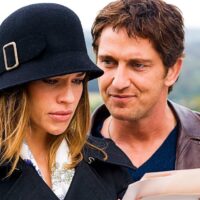