By Tyler Pisapia | 25 seconds ago

One of Gerard Butler’s most intense and surprising movies is available to stream on Netflix, but fans should know going in that it’s a far cry from his usual action-packed hits like 300 or Olympus Has Fallen. Fans of the actor were surprised to see him exercise his range in 2009 with the release of the subdued thriller Law Abiding Citizen. Instead of playing the gritty hero with a heart of gold, Butler takes on the role of a father who is driven to madness by injustice, falling back on his espionage skills in order to hold an entire city hostage.

Gerard Butler stars alongside Jamie Foxx in the thriller, which sees the former’s character forced to watch his family die at the hands of a ruthless home invader. When the police capture the suspects, Foxx’s district attorney character has to think fast after some mishandled evidence puts the entire case in jeopardy. He allows the worst of the two criminals to cut a deal to flip on his partner in exchange for a significantly lighter prison sentence. Meanwhile the accomplice, who only wanted to rob Butler’s family home, gets the death penalty.

Gerard Butler’s character, who just so happened to be the CIA’s go-to guy for complicated, high-stakes assassinations, spends ten years crafting a plan to take revenge on the man who killed his family as well as the justice system that wronged him. He kills the home invader and, from prison, orchestrates an elaborate plot. The deaths of judges follow, along with the deaths of people in the district attorney’s office and many more who he feels are cogs in the machine of a corrupt and useless system.

What follows is less of an action thrill ride like Gerard Butler’s fans are used to and more of a tense psychological drama. However, that’s not to say it doesn’t have its high-octane moments. Regardless of what particular flavor you like your Gerard Butler performance in, his turn in Law Abiding Citizen was a definitive hit. Box Office Mojo reports that the film earned a total of $127,944,208 worldwide on an estimated budget of roughly $50,000,000. Although it was profitable, it wasn’t exactly a critical darling. It currently holds a 26 percent critical score on Rotten Tomatoes. However, it’s one of those movies wherein the fans have been much more favorable to it over the years than critics were upon its release, giving it a 75 percent audience rating.

Whether you decide to give Law Abiding Citizen a look on Netflix or not, it will always hold a special place in Gerard Butler’s heart. While he had been an actor for many years by the time 2009 rolled around, the project marked the first time that he was trusted with a producer’s credit on a feature-length film. Speaking with FilmSchoolRejects at the time, Gerard Butler noted that being a producer on a film he also starred in gave him a whole new perspective on the creative process. He explained that he feels “an extra bit of pride” for the finished product. However, he also noted that everything else is heightened. When a scene comes out good, he feels it as an actor and producer. That also meant that his worries about critical and box office reception were also doubled throughout the process.

Fortunately, Law Abiding Citizen ended up being a moneymaker for everyone involved, including director F Gary Gray, who previously credited Gerard Butler and Jamie Foxx’s on-screen chemistry with the success of the film in an interview with Collider. As a result, Butler has been allowed to act as a producer on more than a dozen films that have come after Law Abiding Citizen, including his highly lucrative Olympus Has Fallen franchise, which also includes London Has Fallen and Angel Has Fallen.

When one thinks of Gerard Butler, they think of an action hero (or a king with impossibly ripped abs). However, he proved that there’s a lot more to him in Law Abiding Citizen, which acts as kind of a Batman v. Joker/Silence of the Lambs hybrid story. In short, while it may not be what audiences expect out of the actor, it’s certainly not an easy road to walk down, especially if you’ve got the pressure of a first-time producer looming large over your head. 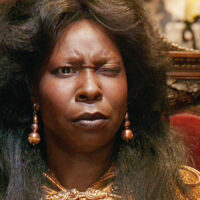 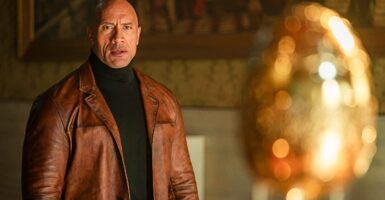 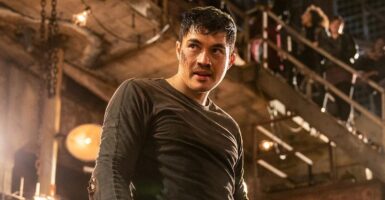 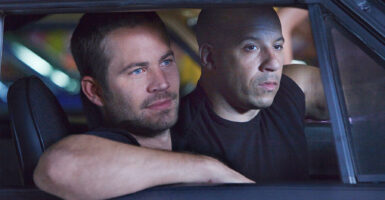