Friends Creator Has Major Regrets Over Portrayal Of Transgender Characters

Friends was certainly one of the ’90s most beloved sitcoms but like many of the series that came out in this era, certain aspects haven’t aged very well. This is a fact that creator Marta Kaufmann has readily acknowledged and apologized for. The most recent regret that Kaufmann has expressed was the way Chandler Bing’s (Matthew Perry) transgender parent (Kathleen Turner) was portrayed throughout the show.

Marta Kaufmann recently did an interview with The Conversation on BBC World Service, expressing her regret and discontent with the transgender representation on the show, specifically with how Chandler’s transgender mother was frequently misgendered as his father, saying “Pronouns were not yet something that I understood. So we didn’t refer to that character as “she.” That was a mistake.” While the LGTBQ+ representation on Friends wasn’t all bad, with Ross’s ex Carol and her partner Susan being a notable standout, the treatment of Chandler’s parent is a different story. She was frequently the subject of transphobic jokes and Chandler often expressed disgust with her. Kathleen Turner has expressed similar regret for playing the character, saying she would no longer take the role today.

Marta Kaufmann recently apologized for the lack of diversity in Friends as well. Although the show took place in New York City, the entire main cast consisted of white actors. Kaufmann has also expressed regret for the lack of representation and recently pledged a $4 million donation to Brandeis University’s African and African American studies department for an endowed professorship to further apologize. It definitely seems like Kaufmann is making an effort to adjust the mistakes she’s felt she made in the past.

Friends recently held a reunion special on HBO Max hosted by James Corden. The special reunited the cast of Jennifer Aniston, Courtney Cox, Lisa Kudrow, Matthew Perry, Matt LeBlanc, and David Schwimmer. It also saw guest stars and celebrity fans make an appearance. While there doesn’t seem to be any hints of a reboot or new episodes of the show, fans have appreciated Kaufmann’s efforts to apologize for the choices made when the show was created.

In the meantime, LGBTQ+ representation and diversity in TV and movies have improved quite a bit since the ’90s. While there is always room for improvement, it’s unlikely that transphobic jokes and an entirely white cast in an ethnically diverse city would appear on a major sitcom nowadays. Still, the public outrage over a very small and short same-sex kiss scene in a Pixar movie like Lightyear shows that the rest of the world has some growing up to do as the movie industry takes baby steps forward for representation. Friends is certainly a product of its time, but the creators have no problem taking full accountability for that. It remains to be seen if Kaufmann plans on making any pledges to the LGBTQ+ community at this time, but making apologies for offensive portrayals certainly seems like the right step forward. Kaufmann also expressed in the interview that transphobia wasn’t tolerated off-screen, asserting that the cast and crew had a safe space when filming and that someone was even fired for making a joke about a trans crew member. 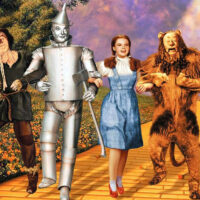