A reboot of the hit sitcom Frasier is on the way from Paramount+ though it’s seemingly still in the early stages of development. In particular, there’s questions about which stars from the original series — if any — will be returning. Now a couple of the stars who helped make Frasier a hit have spoken up, and what they have to say is a little surprising.

Variety recently spoke to David Hyde Pierce and Bebe Neuwirth on the set of their new HBO Max series Julia, and the subject of Frasier inevitably came up. Pierce, who played Frasier’s equally snooty and legendarily germaphobic brother Niles, was one of the series’ leads. While Neuwirth only had a recurring role on Frasier, as the title character’s ex-wife Lilith she appeared alongside the character ever since Cheers. When the spin-off Frasier begins, the pair are divorced with Lilith retaining custody of their son Frederick. Though they both played incredibly important characters in Frasier’s history, neither actor had any idea what was going on with the new series.

When they were asked point blank if they would appear, Pierce answered “That’s an abstract question. Kelsey’s spearheading that, and I don’t know where it is in its development and what form it will take. So it’s an impossible question to ask, no matter how many people want to know the answer.” In spite of neither of them knowing much about the concept behind the Frasier reboot, they both voiced their support. “I think that it should go without saying,” Neuwirth said. “I’m very supportive of it happening. I hope they continue in the excellence that they started with. I trust that they will.”

Assuming the upcoming Frasier series continues the story of the titular psychiatrist and doesn’t literally hit the reset button, it would seem next to criminal to not include David Hyde Pierce prominently in the show. Niles Crane’s own dramas — including the torch he bore for Frasier’s housekeeper Daphne (Jane Leeves) and his struggles with his cruel wife Maris — were just as compelling as those of his brother in the show. He was the closest thing his brother had to a best friend, even if Niles often enjoyed Frasier’s romantic woes a bit too much. Since by the series’ ending Daphne and Niles have married, we’d be hopeful to see Jane Leeves’ return as well. Bebe Neuwirth was never a regular cast member, so she might not be the first choice for a return, unless in his older years Frasier is perhaps considering remarrying his ex. Perhaps the biggest question mark would be for Peri Gilpin, who played Frasier’s producer Roz. Unless Frasier is still working as a radio personality, Roz might not be a natural fit for whatever new story Kelsey Grammer and co. are working on.

Sadly, John Mahoney — who played Frasier and Niles’ big-hearted father Martin — died in February 2018 of multiple health complications, including lung cancer and brain disease. Upon learning of his passing, Kelsey Grammer tweeted a photo of him and Mahoney hugging with the simple, heartbreaking caption, “He was my father. I loved him.” You can see that tweet below. 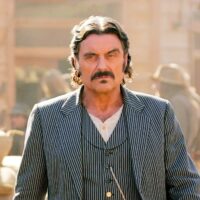