The Mandalorian has been a big hit with Star Wars fans on Disney+, and it’s proven to be just a starting point for the cinematic universe’s streaming expansion. With Boba Fett just finishing up, fans are looking ahead at the many new projects on the way, and we’re hearing some news on that front. A trusted and proven inside source for Giant Freakin Robot has shared that a live-action Star Wars show following young Padawans is currently in development.

Our source shared that the series is currently being planned for streaming on Disney+. The new series will follow young Padawans between the ages of 11 and 13 as the lead characters. While what we’ve learned sounds like a story that Lucasfilm would be more likely to cover via an animated project or in a novel, the new project will be in live-action.

So far, this is all we’ve learned. We weren’t able to learn when the series will take place. Will we see characters we know as adults training as Padawans during their younger years? Will the series follow exclusively new characters? We aren’t sure. It would be interesting if the new Star Wars series follows new characters for the cinematic universe, but brings in storylines fans know from other media. For example, there’s the novel A Test Of Courage. The story is set during the High Republic era. While many believe that Anakin Skywalker was the youngest Jedi Knight, the novel follows Vernestra Rwoh, who holds the title. The novel was published in early 2021 and follows the new Jedi Knight on her first assignment. The groundwork from that book would make her an easy character to develop five years earlier as a Padawan.

A Test Of Courage is far from the only book they could pull inspiration from. In fact, in the summer of 2022, Disney will be releasing a novel titled Padawan from author Kiersten White. This book definitely feels like a promising hint on where they could be going. It tells the story of Obi-Wan Kenobi as a teenage apprentice. Currently, fans are waiting on an Obi-Wan Kenobi series for Disney+, with Ewan McGregor reprising his role. It may be odd to have two Obi-Wan Kenobi projects, but he’s such an iconic Star Wars character that it does seem plausible. That series will hopefully release sometime in 2022. With this new Padawans series currently in development, it’s likely a few years off, so the projects may not overlap.

If the Star Wars universe wants to continue to grow, they’ll need to continue introducing new lead characters in their projects. However, bringing back old characters in new situations is something that is still working for them. There’s a lot of story to tell about characters like Boba Fett, Ahsoka Tano, and even Luke Skywalker, who’s gotten his fair share of screentime over the decades. It’ll be interesting to see how often they choose to focus on known characters versus introducing new ones as more of these projects develop. For now, we’ll be waiting for more news on their Padawans series. 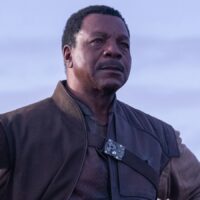