Kristen Stewart was lining up her own fantasy action series when she starred in Snow White and the Huntsman, but tabloid rumor-mongering about her relationship with director Rupert Sanders ended up overcoming the press around the movie. Stewart claims that slut-shaming cost her a job in the sequel and she eventually moved on to other roles. However, it seems like it was a role that she wanted to continue to pursue. And thanks to some new information that Giant Freakin Robot has managed to obtain, it looks like the former Twilight actress might just be able to get her wish.

One of our trusted and proven inside sources has told us that Kristen Stewart has had talks with Disney about an upcoming project and that she wants to return to the Snow White role. Now, it should be stated that Snow White and the Huntsman is a Universal film, so doing a riff on that particular take on the character is off the table. However, Disney’s landmark version of the fairy tale, Snow White and the Seven Dwarves, has yet to undergo the live-action remake cycle that the Mouse House has become infamous for over the last decade. Perhaps Kristen Stewart is approaching Disney in an effort to reclaim her chance at portraying Snow White in their official take on the character and her world.

If that is the case, that would be a wild bit of pop culture ship-jumping. Obviously, Snow White and the Huntsman had to avoid any direct references to the Disney version and could only create original ideas and taken inspiration from elements that were present in the original fairy tale. If Kristen Stewart was able to play Snow White in a Disney remake, it would allow her to do a more traditional take on the story. Would that mean a live-action musical version like the animated film? Would a Snow White and the Seven Dwarves remake be an attempt for the actress to have her own Beauty and the Beast movie like Emma Watson got?

There definitely seems to be a precedent for Disney being interested in remaking their entire animated catalog in some way or another. Whether it’s a direct remake like they have done with movies like Aladdin and The Lion King or slight flips on the material like Maleficent or Cruella, these movies continue to make incredible amounts of money. Would Kristen Stewart be playing Snow White in a remake or would there be a unique spin on it? Here is a fun bit of speculation: Disney does a movie about the Evil Queen and that is the role Kristen Stewart decides to play. The villain characters are very popular and that would be a serious meta twist with her casting.

We will have to wait and see if Kristen Stewart is able to solidify anything with Disney in regards to Snow White or any other major project. If she does end up back in the world of Snow White, this will be one of the most interesting bits of franchise hopping that has ever happened. 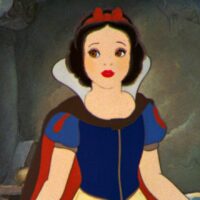 Snow White Trends Over Fears The Classic Fairytale Is Being Cancelled