John Cena is barrelling headfirst into the world of major franchise filmmaking. He has already lent his talents to the Transformers film Bumblebee, and he will be popping up in the Fast & Furious sequel F9, the DC film The Suicide Squad, and a spinoff streaming series to that movie set around his character Peacemaker. It is clear that the actor has his eyes set on big franchise potential with the roles he is choosing. And we have just gained some new information that adds some fuel to that particular fire.

According to our trusted inside source – the same one that gave us our confirmed exclusive scoops regarding Don Cheadle appearing as War Machine in The Falcon and the Winter Soldier and Josh Brolin returning to the Marvel Cinematic Universe as Thanos – John Cena is attached to star in Movie Night, a fantasy comedy about a family that gets stuck on a movie lot at night where the sets actually come to life. Cena is set to play the father of a family trying to escape from the wild magical scenario. Basically, it would be like a Hollywood-themed version of Night at the Museum. Jason Bateman (Arrested Development, Ozark) is producing and directing the picture. Oddly, this would not be connected at all to his movie Game Night. Just a serendipitous similarity between titles!

This definitely seems like another great way to showcase John Cena’s comedic chops as an actor. He was incredibly funny in the raunchy comedy Blockers and looks to be delivering some good laughs in the little bit of footage we have seen of him as Peacemaker in The Suicide Squad. And the premise of movie sets coming to life would make for any number of delightful setups for him to find his way out of. It could also act as a way to make some fun jabs at the movie business itself, and maybe even fit in a few fun cameos along the way.

While John Cena has yet to reach the heights of fellow wrestler Dwayne Johnson when it comes to movie stardom, he is well on his way. He has made himself an incredibly recognizable pop culture figure by appearing in a number of different advertisements. Add to that his steady work rate in film and there is no doubt he is poised to have one truly breakout role that cements him as a dependable leading man. Could Movie Night be the one to do it for him? Or could it come even earlier with his turns in F9, The Suicide Squad, or Peacemaker? Regardless, Movie Night sounds like it could help push him as a legitimate comedy actor in the eyes of a lot of audiences.

Movie Night sounds like a really fun project and one that would once again let people know just how funny and charming John Cena is as a screen presence. Hopefully, this project can keep moving forward and we can hear about some more developments with it over this next year. We are definitely on board with more John Cena on our screens. 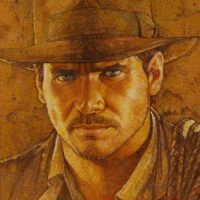 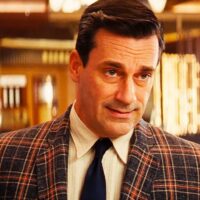