Academy Award-winning director Chloe Zhao may have trotted away from the Oscars with a prize to show off the victory of her filmmaking, but Marvel’s Eternals is far from another win. In fact, it may be one of the most sloppy and uncoordinated works to surface from Marvel Studios at all. If anything, the Eternals will fizzle out into another punchline in a Marvel movie down the line now that they can be written into relevancy.

The Eternals are an assortment of superpowered beings who have existed through time over a span of 7,000 years. They come with a vague, predictable mission to save humanity without directly interfering with the progression of human life itself. For such a diverse team, the Eternals’ powers should be more exciting but are minimalistic at best. There is a bit of praise given to Marvel for their inclusivity with their cast across race, sexuality, gender, and ability. Their designated speedster, Makkari (Lauren Ridloff), is deaf and frequently communicates through the use of American Sign Language. The representation, for what it’s worth, is appreciated, but begs the question: if the Eternals have no direct connection to America over thousands of years while interacting with a diverse range of time periods, how was American Sign Language understood universally?

The plot could choose to have the Eternals face-off with any challenge throughout the evolution of human societies in any time period, though Eternals takes a comfortable, familiar, and “safe” route by having the team of ten reassemble to tackle their seemingly most unrelenting foe, the Deviants. It is truly underwhelming that despite how many resources Marvel Studios has to create seamless computer imaging, these CGI beasts are crudely animated to an insulting level. Marvel Studios has proven that they have the power and means of creating visually dazzling films with immaculate CGI in the past. It is a genuine disappointment to see that one of the main uses of advanced technology to enhance the film’s quality does just the opposite. Contradictory to how the Deviants’ final form struggles, there are a number of stunningly gorgeous scenes that add a touch of elegance to the film’s sharpest moments.

Eternals is overstuffed with breathless exposition, though every scene feels as if the film is being reset and starting itself over. The film experiences an ongoing identity crisis that clouds the tonal direction. The movie talks itself in circles while trying to explain the overcomplications that it has created for itself, and storytelling itself is nonlinear. Leaps and bounds are made between time periods, bouncing back and forth between modern-day and historical eons. The time-hopping is one difference that sets Zhao’s Marvel Cinematic Universe debut apart from the pack. However, it doubles as a creative risk, unnecessarily convoluting the plot even more. The ongoing thrum of melancholy mood that marches through the film could be Zhao’s attempt to humanize the inhuman, though the comic book genre may not be her best outlet to do so.

Ambition and uniqueness are squashed under the sheer indecisiveness of how the film wants to present itself; a few jokes and gags – with some landing, some painfully forced, or others tiring themselves out – are crushed beneath the weight of the regret and gloom that drains the energy from the film. The shambolic nature of Eternals hardly holds itself together and continues to remind itself that it needs to tie back to the rest of the Marvel Cinematic Universe as the new phase continues to unfold piece-by-piece. The film is not exactly a filler, but it fails to possess the strength to stand on its own. It’s worth being concerned when Marvel cannot take one of their more esoteric titles and convert it into a one-size-fits-all superhero blockbuster.

Pre-release buzz and marketing frenzies advertised that Eternals would be a turning point for the Marvel Cinematic Universe moving forward. Marvel Studios touted Eternals as the latest franchise installation that would influence and encourage changes made to their future titles. Unfortunately, Zhao could not give the same treatment to the Eternals that director James Gunn gave to the Guardians of the Galaxy when bringing an obscure team out to play. The pair of end-credit scenes make the two-and-a-half-hour trek to see them worth the wait, as they’re the best part of the movie. 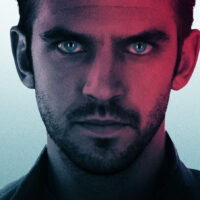 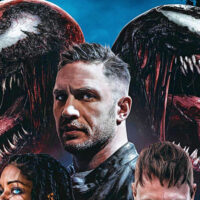 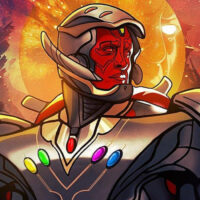