The Elvis biopic took the world on a journey that detailed the life of one of the most famous singers in history, and now the film has broken a new record.

In another strong sign for movie theaters recovering from the pandemic shutdown, Baz Luhrmann’s biopic Elvis just became the director’s highest-grossing film in North America. Starring Tom Hanks as Colonel Tom Parker and Austin Butler as the legendary singer, Elvis just finished its ninth week of release with $144.851 million in domestic box office revenue. That just edges The Great Gatsby, his 2013 Oscar-winning film starring Leonardo DiCaprio, which ended its theatrical run with $144.84 million in ticket sales, according to a report by Deadline.

Elvis, which opened in theaters on June 24, finished its ninth weekend of release with $1.98 million in ticket sales over those two days, which put it just out of the top ten grossing films of the weekend for the first time, at #11. It’s still an impressive showing, considering the film is already available for purchase and rental at home digitally through services like VUDU and iTunes. It gets a physical 4K UHD and Blu-ray release on September 13. An HBO Max release is expected later this year.

According to Box Office Mojo, Elvis is now the 10th highest-grossing film of 2022, edging out films like Lightyear and Fantastic Beasts: The Secrets of Dumbledore. It won’t challenge Top Gun: Maverick (with $684 million in ticket sales) for the box office crown, but it’s still an impressive showing. The film’s ticket sales are even more impressive considering it is the only one of the ten highest-grossing films this year that isn’t a sequel, a comic book movie reboot, or a film based on a video game franchise. It is still playing on over 1,700 screens across the United States and Canada, so it has a strong chance of crossing the $150 million plateau in the next week.

Deadline points out that Elvis’ strong showing is an indication that older moviegoers are returning to theaters. As theaters reopened following the pandemic, young people made up most of the moviegoer numbers, which was good news for Marvel and DC movies, but not for the more adult-oriented fare. As concerns over COVID-19 have decreased, more older adults are taking in a night at the movies, which will hopefully encourage studios to release a more diverse slate of films.

Elvis still lags behind The Great Gatsby when international grosses are considered. Gatsby, based on the classic F. Scott Fitzgerald novel, took in $353.6 million worldwide, while Elvis falls behind by over $80 million, with $271 million worldwide. With the American physical disc release just weeks away, Elvis will need to have stronger legs overseas to overtake Gatsby. The film is unlikely to play in the world’s biggest movie theater market, China, which hurt international ticket sales.

With ticket sales still going strong, and fall blockbusters nearing release, movie theaters are breathing a sigh of relief that they may weather the pandemic storm. Many smaller, independent theaters closed their doors because of the pandemic shutdown, and even larger chains struggled. UK-based Cineworld, which owns Regal Theaters in the United States, just filed for bankruptcy. It is not clear how Regal will be affected by the move.

Elvis told the story of the King of Rock n’ Roll’s life and his tumultuous relationship with his manager, Colonel Tom Parker (Hanks). The film also starred Olivia DeJonge, Helen Thomson, and Richard Roxburgh, and wowed audiences and critics with its stylized look and heavy emphasis on musical numbers. The film was a perfect match for Luhrmann, who also directed Moulin Rouge! and Strictly Ballroom. 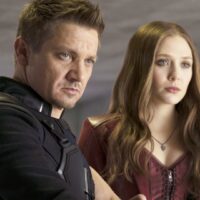 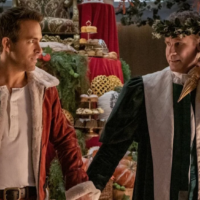 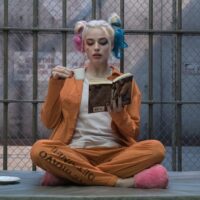 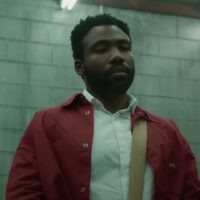