There is often a time in an actor’s career when a role comes along that defines their career. Sometimes the role can bleed into their everyday life such as the profound nature of their performance. While it remains to be seen if Elvis Presley proves to be the role that catapults Austin Butler into superstardom (although it is looking increasingly likely that will be the case) the actor has confirmed the role has had a huge effect on him. According to ScreenRant, Austin Butler says he can’t stop speaking like Elvis Presley.

Austin Butler plays the lead in Baz Luhrmann’s upcoming biopic Elvis and ScreenRant cites an interview Austin Butler held with ET, where the actor spoke of how he has found it difficult to shake Elvis’ infamous voice, despite filming of the Elvis biopic wrapping up some time ago. Here is what Butler had to say; “At this point, I keep asking people, ‘Is this my voice?’ Because this feels like my real … it’s one of those things where certain things trigger it and other times as well it’s, I don’t know. When you live with something for two years, and you do nothing else, I think that you can’t help it. It becomes a fiber of your being.”

It should come as no surprise that Austin Butler is finding it difficult to shake Elvis Presley’s sound from his own voice. Fans who have watched the trailer (see below) of the film hitting theatres later this month will have already witnessed the actor’s remarkable transformation. Butler’s all-encompassing Elvis portrayal has already been noted by critics. The press has already been granted access to the Bar Luhrmann film and the verdict is widely positive. Elvis has a Rotten Tomatoes score of 79% and it is widely agreed that Austin Butler’s performance is one of the shining lights in the project.

Austin Butler’s performance and the way Elvis has embodied his day-to-day character could also hark back to the audition process for the film. Butler, whose previous credits include the likes of Once Upon A Time in Hollywood, beat out the likes of Harry Styles to the coveted role of Elvis. Harry Styles apparently lost out on the role as director Baz Luhrmann stated he was already an icon, but Butler allegedly may have won the role for a tragic reason. Both Austin Butler and Elvis Presley lost their mothers in their early twenties, and Butler used this connection in the audition process, singing a song for his late mother, a move that likely sealed the deal.

Baz Luhrmann’s Elvis sees the pioneering, hip-shaking rock star’s career unfold in the 1950s under the watchful guise of Presley’s sinister and meddling manager Colonel Tom Parker, played by multiple Oscar winner Tom Hanks. Thanks to the pandemic, the film endured a lengthy and delayed shooting schedule and will finally see the light of day in theatres on June 24, enabling audiences to witness not only what Butler can bring to the titular role, but how Baz Luhrmann’s eccentric filmmaking style (developed in the likes of Moulin Rouge and The Great Gatsby) translates to Elvis’ legacy. Those delays may also have contributed to Austin Butler being unable to get rid of Elvis Presley’s voice. However, Butler won’t have long to alter the way he annunciates, given he has landed a role in a major movie franchise, Austin Butler has joined the cast of Dennis Villeneuve’s Dune: Part Two. 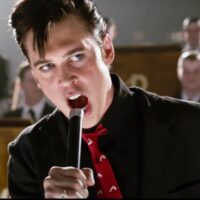 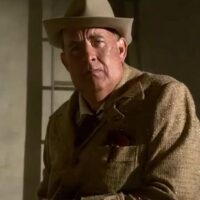 Elvis Has A Four Hour Version? 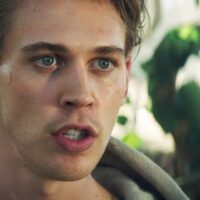