Elizabeth Olsen Will Be A Villain In This Upcoming Marvel Movie

Elizabeth Olsen, for all of her character’s powers in the Marvel Cinematic Universe, hasn’t quite gotten her time in the sun yet. Sure, the Scarlet Witch has played a major role in some of the action but as far as a character goes, she’s been mostly relegated to the sidelines. That is set to change as Marvel enters its Phase Four with Olsen getting a number of high profile parts in upcoming stories. In addition to a lead in her own show, there’s also a new rumor she’ll actually play the villain in the upcoming Doctor Strange sequel.

Elizabeth Olsen taking an evil turn in Doctor Strange and the Multiverse of Madness would make for such a cool pivot for a character, something that has apparently been setting up for quite some time. The much-anticipated sequel had been coy with who Doctor Strange would ultimately face up against, intimating the character would come from within the established universe. Now it seems like Scarlet Witch is going to be the antagonist.

Some of the speculation around this turn comes from the first trailers we’ve seen for Elizabeth Olsen’s WandaVision which will debut on Disney+  this week on January 15th. You can see from the show’s trailer that despite the 1950s Leave it Beaver vibe seen in some promotional materials, it has a much darker and sinister feel. Check out the trailer for WandaVision below:

Elizabeth Olsen’s Scarlet Witch creating a new reality/ universe to spend more time with the deceased Vision makes for a mind-bending story that could plummet her character into a bit of madness. If that’s the case then it would for sure set up a villainous side if Doctor Strange is able to flesh out her issues.

Of course, this move might be a bit more of a Jean Grey-villain vibe with an all-too-powerful character simply succumbing to the issues that stem from not being able to control her abilities. Whether she makes it through unscathed isn’t clear, but there will surely be a fight brewing.

There had already been rumors about this path for the character in general, with some speculating that she would even be the overall big bad in Marvel’s Phase Four. And in general, previous Marvel phases have done a *good* job of marginalizing Elizabeth Olsen’s character, with the Avengers often just treating her with kid gloves as something of an outsider. This was possibly done intentionally though, with bigger plans for her as the Marvel Universe big bad going forward.

With Thanos out of the picture, bringing a villain from within would make for a fantastic new kind of story arc for the Marvel franchise. Elizabeth Olsen’s actions in WandaVision will likely begin to set the tone for this phase.

But if she is in fact the mega villain we are probably in for a slow burn rather than an immediate heel turn. Doctor Strange and the Multiverse of Madness isn’t set to release until March of 2022. That gives a long runway to possibly see the Scarlet Witch’s descent into madness. I’m here for it. 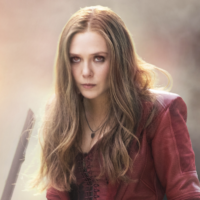