Dwayne Johnson finally entering the world of comic book movies is a pretty big deal. After all, Johnson is one of the biggest (figuratively and literally) action stars in the world and one of the most popular people of any kind on social media. He brings a lot of star power to any franchise he joins (as evidenced by the sudden 2010s revitalization of the Fast and Furious), and there surely was a behind the scenes struggle to get Dwayne Johnson into the Marvel Cinematic Universe, the DCEU, or even (snicker) the Sony Spiderv-erse without Spider-Man. However, Johnson chose the upcoming Black Adam as his entrance and just posted an early look at the title character on Instagram. Check it out:

This is the most complete look at Dwayne Johnson fully geared up as Black Adam as we have yet seen, the ancient Khandaqian antihero who will face off against the Justice Society after thousands of years of imprisonment. The monochrome picture shows Dwayne Johnson is in full-on muscle mold, looking about as big as he ever has. His uniform matches up with the traditional comic book portrayal of Black Adam’s outfit as being a dark mirror of Shazam’s, with the distinctive lightning bolt running down his chest.

We have gotten a few glimpses of Dwayne Johnson as Black Adam/Teth-Adam so far, most prominently in the 2022 DCEU sizzle reel revealed back in February. However, that mostly showed Johnson’s character in flashes, quickly cutting between sneak peeks at other characters like Aldis Hodge’s Hawkman, Noah Centineo’s Atom-Smasher, and the extremely well-aging Pierce Brosnan as Doctor Fate. Even in black and white, this is a solid look at the character that we are going to see Dwayne Johnson portraying.

Black Adam (as portrayed by Dwayne Johnson) was hinted at all the way back in 2019’s Shazam!, in which he was described as a corrupted and fallen former champion of Djimon Hounsou’s wizard. His digital image was briefly used to show him in a mystical vision, but the Black Adam movie will be his first time actually playing the character. While Black Adam initially started out in comics as an outright villain to Shazam (then known as Captain Marvel), his character has gradually been re-characterized as an anti-hero willing to use brutal violence as a means to an end. It feels likely that Dwayne Johnson’s take on the character will also skew towards viewing Black Adam as a revolutionary figure in the fictional kingdom of Khandaq, rather than an outright evil figure.

Like many other major studio releases of recent years, the release of Black Adam has been delayed a number of times. It was initially scheduled for December of 2021, then pushed back to July 2022 for Covid-19-related concerns (announced on social media by Dwayne Johnson himself). It was again delayed and is currently scheduled for October of 2022. Few people are as good at maintaining enthusiasm as Dwayne Johnson, so hopefully, he will keep audiences pumped up with preview images like this (and a few others) until it eventually is someday released. 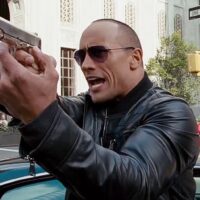 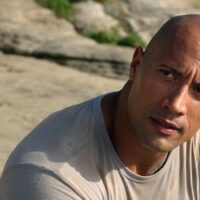