Fans of Doctor Who have begun to connect the dots about the potentiality of the 14th Doctor. While there are so many rumors being cast out about who might be stepping in to replace Jodie Whittaker, an event that coincides with the start of the next season of the series has oddly lined up. James Corden announced that he would be ending his late-night talk show run after one more year on the program, which is oddly times when Doctor Who is set to kick off with a new Time Lord in place. Fellow late-night host, Stephen Colbert, gave his thoughts on Corden’s exit. This tweet sent fans into a tizzy. You can see Colbert’s tweet below:

While Stephen Colbert may have been joking about this announcement, the timing seems to coincidentally match up. James Corden is leaving his long-standing talk show to return to England. He has stated that he feels homesick, as he has been living in the United States for the past eight years. The other thing of note here is that there are plenty of people that are happy to see the man take his exit, as he is one of the most unliked talk show hosts in the world. That could also be why he plans to return home, as he could have overstayed his welcome with his show here. However, it also might mean the man is set to take on the role of the Time Lord in the new season of Doctor Who. Crazier things have happened.

Doctor Who is set to be taken over by Russell T. Davies, who was responsible for the series going through its revival in the early 2000s. With that, Davies might be trying to lure in a huge name to play the next Doctor, and that could certainly be James Corden. Despite the above comments about the man being a hugely disliked talk show host, he has still been massively successful. His “Carpool Karaoke” bit has been one of the most famous things to come from his talk show, and that might carry on to whatever he has planned for his future. Not necessarily if he appears in Doctor Who, but he could turn Carpool Karaoke into a full-time gig. There will be plenty of people hoping the latter is true. Corden is now the second biggest name to be mentioned for the role next to the rumors of Hugh Grant.

Doctor Who is aiming to launch another revival of sorts, which may be why the show has decided to bring Davies back as showrunner. It has also been rumored that Davies is going to try and make the series one that is more expansive, in terms of spin-offs and a more expanded universe. With that in mind, it may be time to throw out a huge name to lead the series. James Corden could relatively be that name. Although it might irk fans to know about his involvement, it could also usher in an entirely new fanbase. Time will tell, pun intended. 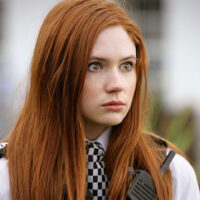 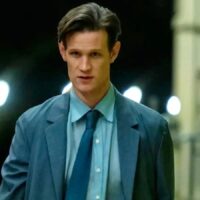