See The Actress Cast As The New Rose For Doctor Who

“Rose Tyler, I…” Those were the words uttered by David Tennant’s tenth incarnation of Doctor Who’s heroic time-lord The Doctor, moments before he and his time-traveling companion played by actress Billie Piper tragically parted ways at the end of the second series of modern ‘Who’ following the British sci-fi show’s revival in 2005. Now though, Variety reports that the BBC has announced a new Rose; the role going to Yasmin Finney, famed for her appearance in Netflix’s Heartstopper.

The BBC announced Monday that Yasmin Finney’s debut as Rose will commence in the 60th Anniversary Special of Doctor Who in 2023. This special also marks the return of former and future Doctor Who showrunner Russell T Davies, who had this to say about the exciting casting; “Life on Doctor Who gets brighter and wilder, how can there be another Rose?” Davies is of course referring to Billie Piper’s Rose Tyler, the first companion to grace fans’ screens when Doctor Who returned in 2005 and he continues to tease the connection between Piper’s Rose and Finney’s new character; “You’ll find out in 2023, but it’s an absolute joy to welcome Yasmin to the Doctor Who set. We all fell in love with her in Heartstopper, one of those shows which changes the world — and now Yasmin can change the Whoniverse!” For those who don’t know who Yasmin Finney is, you can see an image of the popular young actress below.

Yasmin Finney’s announcement comes off the back of a number of groundbreaking Doctor Who news stories in recent times. First off, there was the news heard across time and space that another Netflix star would be taking control of the Tardis, that star is Sex Education’s Ncuti Gatwa, who was announced as the fourteenth Doctor just over a week ago. Following that, on Sunday, the BBC and Russell T Davies also announced that David Tennant and Catherine Tate were returning for the 60th Anniversary Special in their roles as the Tenth Doctor and Donna Noble. Both Tennant’s Doctor and Tate’s Donna Noble encountered Billie Piper’s Rose during their time in Doctor Who, so it will be absolutely fascinating to see how everything comes together once Yasmin Finney’s Rose is thrown into the mix. Are the signs pointing towards wibbly wobbly time wimey filled action or is the name of Finney’s character simply a red herring?

What may turn out to be a coincidence, but does seem deliberate, however, is the choice to grab another Netflix star for the new era of Doctor Who. There’s no question that Ncuti Gatwa is one of the leading lights of the amazing success that is Sex Education and Yasmin Finney plays a pivotal role as Elle Argent in Heartstopper, the latest Netflix show making big waves. It also goes without saying that both these actors have incredible talent, with Russell T Davies stating that Gatwa blew everyone away in auditions (which is easy to see given his boundless energy as Eric in Sex Education), but could it also be a tactic to draw in Netflix audiences to boost Doctor Who ratings? Given the excitement brought about by Gatwa’s casting, it’s looking like a shrewd decision if that is the case.

When it comes to reaction, none is more important than Yasmin Finney’s when it comes to this new casting and here is what she had to say about the announcement; “If anyone would have told 8-year-old Yasmin that one day she’d be part of this iconic show, I would have never in a million years believed them. “This show has a place in so many people’s hearts, so to be seen as a trans actress by the legend himself Russell, has not only made my year, it’s made my life. I cannot wait to begin this journey and for you all to see how Rose blossoms. Get ready.” Is Rose a one-off character for the 60th Anniversary special, or could we be seeing the second half of Doctor Who’s new pairing? Either way, Yasmin Finney represents another exciting piece to Russell T Davies’ second go-round aboard the Tardis and serves as a shining inspiration for transgender actors as well. 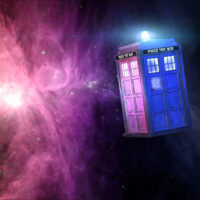 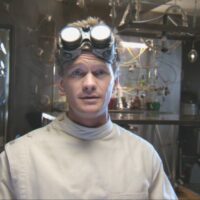