Disney has pulled its channels out of Dish Network content in many major markets.

Disney and Dish Network are feuding over fees, which has resulted in blackouts in eight major markets, according to Variety. Disney has pulled all of its channels – including ESPN, the Disney Channel, and even local ABC affiliates – from Dish Network’s catalog as of October 1. Affected markets include Los Angeles, New York, San Francisco, Chicago, Fresno, Houston, Raleigh, and Philadelphia.

Dish Network is no stranger to fighting over fees. The company is known for waiting out content providers to gain more favorable terms, allowing extended blackouts of some content as a negotiation tactic. It seems Disney is returning the favor, reportedly asking $1 billion from Dish Network for access to its catalog.

Dish Network is claiming that Disney is trying to negotiate terms in which Dish services are compromised. According to group president of Dish TV Brian Neylon, Disney is demanding that ESPN and ESPN 2 be included in non-sports packages, disallowing viewers from excluding it from their channel lineup. Dish TV also claims that Disney is doing the same with ABC, disrupting Dish plans that allow their customers to customize their channels.

Disney made its own statement about the dispute.

“After months of negotiating in good faith, Dish has declined to reach a fair, market-based agreement with us for continued distribution of our networks. As a result, their Dish and Sling TV subscribers have lost access to our unrivaled portfolio of live sports and news plus kids, family, and general entertainment programming from the ABC-owned television stations, the ESPN networks, the Disney-branded channels, Freeform, the FX networks, the National Geographic channels and BabyTV.

“The rates and terms we are seeking reflect the marketplace and have been the foundation for numerous successful deals with pay-TV providers of all types and sizes across the country. We’re committed to reaching a fair resolution, and we urge Dish to work with us in order to minimize the disruption to their customers.”

Disney is using the same tactic Dish Network uses to negotiate with its providers, but the effect is more extreme, especially as it is removing channels from major markets. Dish Network just recently ended its own blackout of Sony Pictures’ Game Show Network after it spent three weeks off the air negotiating with the satellite company. The blackout of Disney-owned programming also affects Sling TV customers.

Between Dish TV and Sling TV, Dish Networks services almost 10 million customers as of June 30. This is around a 10 percent reduction in subscribers from last year. Disney pulling its content from the network does not bode well for improving Dish Network’s sales.

However, Disney itself has had its own struggles, having had a two-day blackout from Google’s YouTube TV in December 2021 as a result of negotiations. The company is also not afraid to issue challenges, willing to protest government actions with as much fervor as they fight for licensing fees. Disney has also been no stranger to controversy over its characters and storylines.

Disney’s array of content includes shows like The Mandolorian, The Falcon and the Winter Soldier, and Baseball Tonight, which are strong leverage in negotiations with networks. However, they also have their own streaming service, Disney+, which bundles Disney programming with Hulu, ESPN2, and other Disney properties like National Geographic. Disney has a lot of content in high demand.

But is it $1 billion strong? If viewers can just stream Disney content, can the company actually leverage what they want from Dish Network? Moreover, can Dish Network survive the negotiation?

“Disney has exploited its market position to increase fees without regard for the public viewing experience,” Neylon said. “Clearly, Disney insists on prioritizing greed above American viewers, especially sports fans and families with children who watch their content.”

This may be the pot calling the kettle black, but Disney’s actions will have an impact on Dish Network, especially since it is affecting large markets like Los Angeles and New York. Two major companies who are not afraid to get a little rough in negotiations feuding with such major stakes is a game of chicken that anyone with interest in either company will be watching. It will be interesting to see which company swerves off the road. 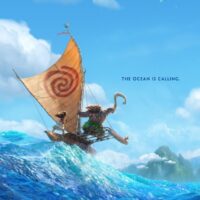 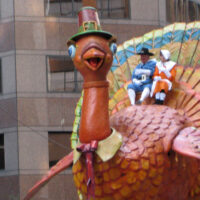