Demi Lovato wants you to know that there might be extraterrestrials out there. In fact, they might even be closer than you think, as in right above or below us at all times. In Lovato’s latest series, Unidentified, they are out there trying to prove (or disprove, but mostly prove) that aliens are among us. The trailer for the series is out now and it might have you questioning some of the things you see in the night sky or sounds you hear in the desert night.

In the Unidentified trailer, Demi Lovato explains to us that they were first intrigued by the idea of extraterrestrial life and the mysteries of the night sky while visiting Joshua Tree. Now, say what you want about the cliched Joshua Tree experience and why it might be conducive to seeing flashes of light in the sky, but in this case, Lovato shows a video they took of some weird occurrences up there among the blanket of stars. That “sighting” is what led Lovato on the path to starting Unidentified. Check out the trailer below.

Demi Lovato starts off the trailer by discussing the experience they had at Joshua Tree and how it inspired their quest to discover what really happened out there. Originally Lovato captured the video and posted it to Instagram, explaining that they were out there with friends, family, and folks into the search for extraterrestrial life. You can see some of the explanation in the Instagram post below (which is also featured in the trailer) and what led Lovato to begin questioning our place in the universe.

Along with Lovato’s “best friend” Matthew and their sister Dallas Lovato, the group is digging into some of the unexplained phenom possibly related to extraterrestrials. They head to the desert to meet up with alien hunters and also explore different rituals that might be able to call those little green guys and gals a bit closer. There is a lot of night vision and looking up at the night sky. There is even a moment when it appears they’ve gotten an alien to say “hello” back to them in an encounter. Does it all look a bit silly? Sure. But it could be fun especially if there are some situations that leave real questions marks.

Demi Lovato has also said that meditation has been a facilitator towards alien contact for them. There is sure to be a spiritual side to this show that maybe hasn’t come through in other “reality” shows based on alien sighting and hunting. That alone could begin to set it apart from other series with similar themes.

Demi Lovato and company are airing Unidentified as a four-part series streaming on Peacock. The show will drop on September 30th on the platform. Think there are aliens out there among us? Lovato sure does and they are out to prove it. Maybe this series will be considered the first legitimate contact. Probably not, but it could be a fine ride nonetheless. 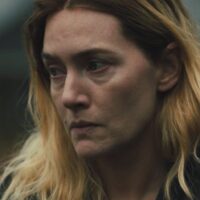