The Batman trailer teases a lot of great characters. Zoë Kravitz will be playing Catwoman, Paul Dano is Riddler, and both are right front and center. We also get a glimpse of Penguin, played by Colin Farrell in a role that has him basically unrecognizable under prosthetics and makeup. Now, according to what sources for We Got This Covered hear, we may be seeing a lot more of Penguin in the future. They claim that a spinoff from The Batman for Penguin is being planned for HBO Max.

The outlet did say that they were unable to confirm whether Colin Farrell is signed on for the role, which could mean a prequel or another project where another actor would be acceptable may be in the works. They wouldn’t want someone else to play him in the current timeline, since it’s supposed to be in the same universe, so a younger actor for a prequel is the only way it would make sense without Farrell.

It’s worth noting that eight months ago, We Got This Covered also claimed to hear that Colin Farrell is a central character in the planned universe for The Batman. They claimed to hear that he would be appearing in sequels, the upcoming Gotham PD series, and his own film. This sounds like a small update to what they previously heard, in that they’re now claiming that Penguin’s own project will be on HBO Max, where a lot more projects are happening these days. While they previously said that Penguin would get a “movie”, this report for HBO Max doesn’t clarify if it’s a Penguin series or movie spinoff project for HBO Max, though it sounded like a series. For now, take this news with a grain of salt.

Matt Reeves, the director behind The Batman, hasn’t said a lot about Colin Farrell’s role, at least not when compared to what we’ve learned of Catwoman, Batman, or Riddler. He seems like a smaller side character. Reeves has shared that at the time of The Batman, Penguin doesn’t like being called by that moniker. That makes sense. It’s not like Penguin is generally a great villain name. However, his full name was definitely always a little awkward. Oswald Chesterfield Cobblepot probably got picked on in grade school.

While Penguin seems like a smaller role in The Batman trailer, it would make sense if Colin Farrell’s role is bigger than it seems. It’s also possible that he’ll have a smaller role in this first installment, followed up by bigger parts in the sequels, or in a spinoff project. Penguin has always been one of the more popular Batman villains in the comics.

The Batman takes place on Earth-2, meaning Robert Pattinson and Colin Farrell’s characters live in a different universe than Ben Affleck, Henry Cavill, Gal Gadot, and the other DC Extended Universe characters. It’ll be interesting to see how DC handles the expanding The Batman universe and keeping it separate from the many other DCEU projects they have in the works on HBO Max and the big screen. 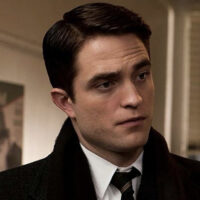 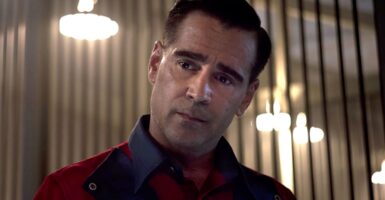 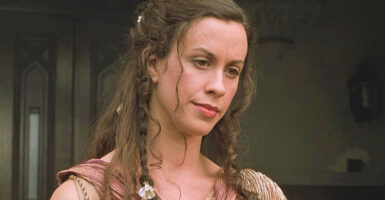