If Matrix 4 is doing its job, it’s going to blow our minds and make us ask what in the world is happening. The world changed at the end of the trilogy, which didn’t seem to have plans to continue on into the future. This made some challenges for the plot of the fourth film, but nothing a science-fiction writer can’t overcome, right? This new world is going to have some big changes and new characters. One addition will be Christina Ricci, whose role previously hadn’t been known. Now, thanks to some digging from our trusted and proven source, we’ve learned what to expect when we meet her character, and it tells us a lot of surprising information about the upcoming movie.

This movie hasn’t come out yet, and it’s already working to make audiences do a double-take. The meta element for this film will be brought to life by Christina Ricci’s character representing the studio. It will give a chance for audiences to stop, become more self-aware, and realize that the film is saying Neo now lives in our real world, the world where the studio for this very movie exists. Did we take the red pill or the blue?

Is it possible that they may be taking this idea too far in The Matrix 4? That’s always a risk, but we’ll have to wait and see how they manage to execute this plan on screen. Christina Ricci certainly has a big job ahead of her as Keanu Reeves’s boss in the film, since she’ll likely be in a lot of the scenes that bring in these meta elements with Warner Bros. Likely, this element is going to be eerie for a while, as we get around to explaining what has happened with Thomas Anderson from the end of the trilogy up to The Matrix 4. As Thomas Anderson’s boss at the game company, she’ll have the job of saying a lot of things that let audiences know that the world has changed.

For Christina Ricci, this is an opportunity to take what is probably a minor role in the franchise and make it memorable with audiences. While the actress has never stopped working, she’s mostly been on television in recent years. Many of her biggest films were done in the 1990s, with a few like Black Snake Moan in the mid-2000s. She’s making a comeback to the big screen with this movie, similar to the way that the franchise itself is returning to theaters. Hopefully, this new character and the movie itself will speak well for an actress and franchise that so many have loved for so long. 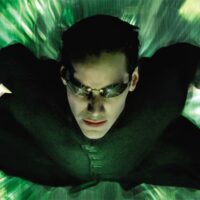