You may not know the name Bobby Holland Hanton but trust us, you have seen him. Since 2013, the stunt double has been working with the God of Thunder, Chris Hemsworth, in each iteration of Hemsworth’s Thor. During this time, Hanton hasn’t had much of an issue keeping pace with the notoriously dedicated workout fiend Hemsworth, but that is changing as Hemsworth prepares for his role once again as Thor in Thor: Love and Thunder.

“I text him and I’m like, thanks very much dude, this is going to be even harder this time,” Hanton joked on the Australian morning show Fitzy & Wippa. Hanton is talking about the now viral photo that Chris Hemsworth posted on his Instagram showing off his bulging biceps as he lifts an “extra large donut.”

Hanton started by telling Fitzy & Wippa, “Everyone is like, ‘Wow look at the size and him’ and I’m like, ‘Yeah, that’s brilliant, I’m that guy’s double.’” But then Hanton went on to say this about his time training with Thor, “I train with him a lot, we train all the time, we’re on the same diet regime and training. He’s the biggest though he’s ever been, so I have to be the biggest I’ve ever been, which is a challenge but I’m up for it.”

It’s not only the intense workouts Hanton endures with Chris Hemsworth. There is a process to the eating habits both must adhere to in order to keep the Thor-look alive. Hanton says via MovieWeb that Hemsworth “eats seven meals a day.” Not only does he consume that much food but it has to be ingested at the same time every day. “Every two hours we are eating, it’s become a chore, I don’t enjoy eating at all, every two hours it’s like get calories in, training twice a day, it’s full on,” Hanton says. “We’re training so much, we are packing on so much size, it’s difficult on the body. I find carrying the extra weight is difficult and hard to maintain on the ligaments.”

Gone are the days of fat-suit walking, when Thor spent most of his screen time as an out of shape, fat, sloppy, drunk, and depressed Thor who became fond of beer and junk food and loved to sit and play video games. Recent set photos show Chris Hemsworth is back to his old Thor self, ripped and ready to tangle.

One thing that could be adding to more intense training for Chris Hemsworth and Hanton is the fact that after Hemsworth completes his work on Thor: Love and Thunder, the 37-year-old will move on to the Mad Max spin-off Furiosa and then take on the role as Terry Bollea, who most fans know as Hulk Hogan, the Hulkster. Hemsworth needs to get a jump on building those 24-inch pythons (biceps) that Hulk Hogan is famously known for. It is unknown at this point if Hanton will be playing Hemsworth as Hogan in the upcoming movie, but with as intense as the two are going at it for Thor, don’t be surprised if Hanton isn’t part of the Hogan movie.

Chris Hemsworth recently spoke to Men’s Health (via MovieWeb) about the importance of doing exercises that interest you when keeping fit, “I speak to plenty of people who are like, ‘Oh, I just hate training’. I’m like, ‘What do you do?’ ‘Oh, I just run. But I just don’t like running’. I’m like, ‘Don’t run then!’ I don’t run. I do a lot of different things. You’ve got to be an explorer in the world of fitness and exercise and constantly be on the lookout for something fresh.”

All this training has caused a bit of an uproar on the set of Thor: Love and Thunder as it was recently reported that Chris Hemsworth suffered a severe back injury on set. But Hanton quickly downplayed the seriousness of the injury when he was asked about it, “Carrying around the extra weight is difficult and hard on the ligaments,” Hanton said via Men’s Health. “But he’s all good. Look at him. He’s a man mountain.” So, next time you watch a Chris Hemsworth movie and there is some notable action or fisticuffs, you are probably watching Bobby Holland Hanton in action. 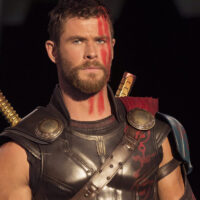 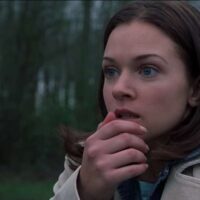