Brie Larson (Avengers: Endgame) turned a lot of heads around the Internet as she prepped for Captain Marvel. Now, for the sequel, The Marvels, she is at it again, getting in superhero shape for the 2022 ensemble spectacle.

The video posted yesterday (September 3) to her Instagram feed shows Brie Larson doing some intense squats. It looks like she is in the middle of this exercise, but from the footage, we see her do 13 reps, although it is not mentioned how many sets of this particular workout she ended up doing or how many reps were done before the camera got turned on. Meanwhile, the trainer is filming as he encourages the Oscar-winning actress.

Throughout this year, Brie Larson has posted plenty of workout videos as she trains to reprise her role as one of the most powerful Avengers. As COVID shut down gyms around the world, the actress had to improvise. She built an impressive home gym that has all of the equipment one would need. Partnering with her trainer, she has been hitting the gym hardcore since the beginning of this year.

Taking care of her body is important to the actress. Brie Larson has a popular YouTube channel where she has a video detailing her 2021 routine. Stretching, meditating, and of course, washing her face four times a day is what keeps her going. Adding the intense exercises, she should be in the best shape to shoot lasers from her fists and fly her body through alien spaceships.

The videos keep piling on every few days from Brie Larson. She had another eye-catching video of her doing a blank with a 45-pound weight on her back.

Rewind to 2019; Brie Larson had caught the Internet’s attention by pushing a 5,000-pound jeep. The video exploded into a viral frenzy and helped hype up her debut to the Marvel Cinematic Universe with Captain Marvel.

All of this will pay off next year with The Marvels. It will see Brie Larson as Captain Marvel join Teyonah Parris (WandaVision) as Monica Rambeau and Iman Vellani as Ms. Marvel, who will debut in her own Disney Plus series by the end of this year. It will also star Samuel L. Jackson (The Hateful Eight), Zawe Ashton (Velvet Buzzsaw), and Seo Jun Park (Parasite).

The third outing for Brie Larson in the franchise will be directed by Nia DaCosta (Candyman). It will release on November 11, 2022. The distribution of the film is not completely solid as COVID-19 continues to shake the film industry. Shang-Chi and the Legend of the Ten Rings could prove what Disney will do in the future as it hits theaters this week, and in 45 days, it will be on Disney Plus for $30. The company tried to do a duel release with Black Widow, which resulted in a lawsuit by Scarlett Johansson (Avengers: Infinity War, Endgame). If the martial arts superhero flick can succeed under the new model, and depending on the pandemic’s status, we could see a strategy that goes beyond exclusive theatrical showing for The Marvels. 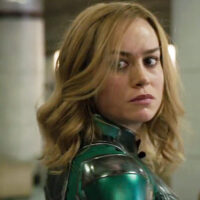 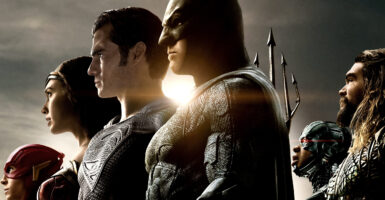 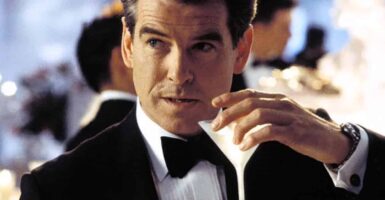