Brendan Fraser has described the cancelation of Batgirl as a "canary in a coal mine" for the streaming film industry.

It’s looking like 2022 might just be Brendan Fraser’s year. However, while his film The Whale is getting a ton of Oscar buzz, his superhero movie Batgirl was canceled by Warner Bros altogether. Now Fraser has spoken up about the cancellation in an interview with Variety, expressing that he was “disappointed” with the decision.

Fraser further elaborated on his feelings about Batgirl, saying “The fans really wanted to see this film made. Leslie Grace is a dynamo.” He added, “In this age that we’ve come out of now between streaming service versus theatrical release, it wound up being the canary in the coal mine.”

Brendan Fraser was set to play the villain in the Batgirl film, with Leslie Grace playing the titular role. The movie would have also reintroduced Michael Keaton’s Batman into the DC Film universe before his upcoming appearances in The Flash and Aquaman and the Lost Kingdom. While it certainly would have been great to see Fraser flex his action chops again and take on a superhero movie, it looks like it just wasn’t in the cards.

Fortunately, it doesn’t seem like the cancellation of Batgirl isn’t going to slow down the Brendan Fraser late-career Renaissance. The aforementioned Darren Aronofsky-directed The Whale could lead to a Best Actor nom and even a win for Fraser. Not only has his performance been getting rave reviews, but Fraser also had to act while dealing with four hours of prosthetics and makeup to transform him into a 600-pound man.

The Whale received an impressive 6-minute standing ovation at its premiere at the Venice Film Festival. The adoration and applause were enough to bring Fraser to tears. However, the admiration didn’t stop there, as Fraser brought home the TIFF Tribute Award for his performance.

The Whale stars Brendan Fraser as a severely obese English teacher who attempts to reconnect with his estranged daughter (Sadie Sink). The film was adapted by Samuel D. Hunter from his own stage play of the same name. The Whale is Darren Aronofsky’s first feature-length directorial effort since his divisive 2017 film Mother!

While there’s no hope of seeing Fraser in Batgirl anytime soon, we will get to see his tremendous performance for ourselves when The Whale is released on December 9. However, fans of DC can still see Brendan Fraser in the ongoing HBO series Doom Patrol, which was renewed for a fourth season in 2021. Doom Patrol hasn’t been given the official axe that many other DC series have suffered, so hopefully, fans will get to see more soon.

In addition to Brendan Fraser, Killers of the Flower Moon has a stacked cast that includes Leonardo DiCaprio, Robert De Niro, Lily Gladstone, Jesse Plemons, Tantoo Cardinal, John Lithgow, Cara Jade Myers, Janae Collins, Jillian Dion, and more. There’s no official release date yet for Killers of the Flower Moon, but it’s expected to be released sometime in 2023. Until then, make sure to check out Fraser in The Whale if you want to see a potential Oscar-winning performance from the beloved ’90s icon. 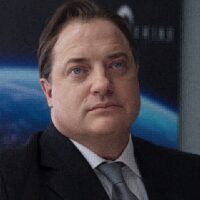 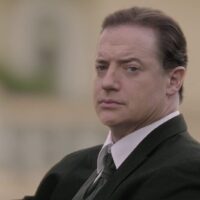