Brendan Fraser was given a six-minute standing ovation at the Venice Film Festival for his new movie.

The Brendan Fraser comeback is in full swing, as the man was recently given a huge honor at the Venice Film Festival. That honor was having the crowd go wild and give him a 6-minute standing ovation after the movie had concluded. A very emotional Fraser was on stage crying throughout the entire standing ovation, even hugging director Darren Aronofsky many times. Fraser had attempted to leave the stage, but the ovation was so loud that he stayed throughout the entire time and gave a bow at the end. You can see this beautiful moment below:

Brendan Fraser was once a huge action star after he was the key figure in The Mummy franchise. He was also the star of George of the Jungle, Bedazzled, and Monkeybone. However, the actor recently opened up about his troubles after the physical toll that he took from films like The Mummy. He is making a massive comeback as the star of The Whale. He is also set to take on a role in the new Martin Scorsese film, Killers of the Flower Moon. Unfortunately, one of his other starring ventures will never be seen. Fraser had landed the villain role in Batgirl, as he was going to portray Firefly, but that film has recently been canceled by Warner Bros. Discovery. Based on the ovation from his performance in The Whale, the actor is going to be fine after seeing one of his films be canceled.

The Whale follows Charlie (Brendan Fraser), who is a 600 lb. gay man that is bound to his wheelchair. He attempts to reconnect with his 16-year-old daughter, who is played by Stranger Things’ Sadie Sink. Joining them in the cast are Hong Chau, Samantha Morton, and Ty Simpkins. The film is based on a stage play of the same name that was adapted by its playwright, Samuel D. Hunter. Darren Aronofsky directed the feature, and he is famous for having directed The Wrestler, Black Swan, Pi, Requiem for a Dream, and Mother! Aronofsky is well-known at the film festival and won the Black Lion for The Wrestler, which is the highest honor given at the festival.

Brendan Fraser last starred in the straight-to-DVD film Breakout. This was released in 2013 and saw the man’s career spiral down. He would go on to take roles in television before finally making his back to the big screen. Though Batgirl was meant to be his return, we are happy that he is getting recognition for The Whale. He deserves a good comeback, as he was once one of the most beloved actors in the world, which is clearly the sentiment that people feel to this day.

The Whale officially premiered at the Venice Film Festival, but the A24-produced feature will be making its way to theaters on December 9th. We can’t honestly wait to see how Fraser does in this role. From the 6-minute standing ovation, we would gather that he is quite spectacular. His name is already being thrown around in conversation for an Academy Award as well. We hope that he is at least nominated for his performance. 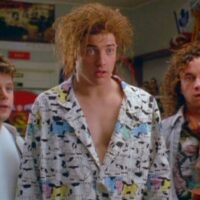 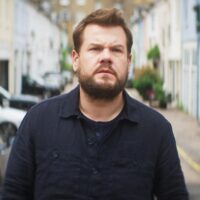 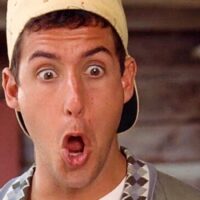