Blazing Saddles has been saved from banning by adding a disclaimer. The movie has been on the list of those receiving criticism from Black Lives Matter activists. Some of the movies on their list, like Gone With The Wind, were actually briefly banned from streaming. But not Blazing Saddles.

The only reason you’re still allowed to watch Blazing Saddles (for now) is that HBO Max just added a disclaimer and an introduction in front of it, to tell you what to think about the movie before you watch it.

The 3-minute introduction you’re required to watch before the film is hosted by African-American film historian Jacqueline Stewart who tells the audience: “As the storyline implies, the issue of race is front and center in Blazing Saddles, and racist language and attitudes pervade the film… But those attitudes are espoused by characters who are portrayed here as explicitly small-minded, ignorant bigots. The real, and much more enlightened perspective, is provided by the main characters played by Cleavon Little and Gene Wilder.”

Gone With The Wind Banned

HBO Max removed Gone With The Wind from its list of movies available streaming.  The movie was removed shortly after an op-ed was published calling for its removal in light of the cultural shift caused by Black Lives Matter protests. The movie was recently put back after HBO added a disclaimer telling people what they should think of the movie.

While others in Hollywood are applauding the idea of banning movies like Gone With The Wind, actor Idris Elba has come out strongly against the idea of censorship. Talking to Radio Times he says, “I’m very much a believer in freedom of speech… But the thing about freedom of speech is that it’s not suitable for everybody.”

Elba makes the case that this is why we have a ratings system and a similar system should be used for people who can’t handle sensitive topics, rather than banning them. He says, “To mock the truth, you have to know the truth. But to censor racist themes within a show, to pull it – wait a second, I think viewers should know that people made shows like this.”

Elba is an ardent defender of free speech and opposed to banning movies or banning TV shows (as has recently been done for shows depicting blackface). He says, “I don’t believe in censorship… I believe that we should be allowed to say what we want to say. Because, after all, we’re story-makers.”

UPDATE: HBO has now commented on the removal of the movie. Their spokesperson says the 1939 film will eventually return to the HBO Max platform, but with an added discussion about its historical context and with a denouncement of its racism.

UPDATE 2: HBO has offered a further explanation on why they removed Gone With The Wind. Here’s their full statement: “Gone With the Wind is a product of its time and depicts some of the ethnic and racial prejudices that have, unfortunately, been commonplace in American society. These racist depictions were wrong then and are wrong today, and we felt that to keep this title up without an explanation and a denouncement of those depictions would be irresponsible. These depictions are certainly counter to WarnerMedia’s values, so when we return the film to HBO Max it will return with a discussion of its historical context and a denouncement of those very depictions, but will be presented as it was originally created, because to do otherwise would be the same as claiming these prejudices never existed. If we are to create a more just, equitable and inclusive future, we must first acknowledge and understand our history.”

Gone With The Wind is still available on other streaming platforms, though all charge a fee. For instance you can get it on Amazon Prime for a $3.99 rental or on pay to watch platforms like Google Play. It’s possible, perhaps even likely, that HBO Max’s removal of the film will now prompt those other services where the movie is still available to follow suit in removing it.

In the op-ed posted in the LA Times they make the case for banning the movie by saying: “It is a film that glorifies the antebellum south.” In particular there is an issue with the way Gone With The Wind portrays the Confederacy. The article explains that it, “romanticizes the Confederacy in a way that continues to give legitimacy to the notion that the secessionist movement was something more, or better, or more noble than what it was.”

Hattie McDaniel (pictures above) was the first African American to ever win an Oscar for her role in Gone With The Wind. However, in addition to issues with the movie’s portrayal of the Confederacy modern culture commentators have often criticised her character for portraying an offensive “mammy” stereotype.

Gone With The Wind is by no means the only acclaimed movie with questionable views which don’t stand up to the current cultural norms. Now that we’ve accepted the removal of Gone With The Wind, these other movies are likely to receive similar consideration…

This is by no means a complete list, but it’s probably a good place to start. It’s also worth noting that many of these movies are aimed at children in particular and are currently available on the normally family friendly Disney Plus. 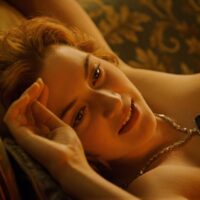 Most Famous Movie Nudity Of All Time Revealed By Skin 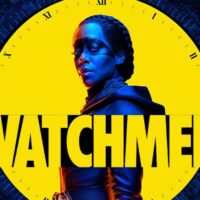 HBO Has Made A Decision On Watchmen Season 2