When Disney bought 20th Century Fox back in 2019, they also purchased the entire Fox library from TV to film. Of those properties, Disney was high on two of them, Predator and Alien, but mainly wanted to follow up on the Alien franchise. Word coming from That Hashtag Show is that not only is Disney high on an Alien reboot, but they feel there is enough there to see an Alien movie every year or two.

Here, though, is where Disney starts to become Disney again. They want to move forward with the Alien reboot, but they will not be bringing Ellen Ripley with them. Originally, the Mouse House was enlisting Ridley Scott for the project. Scott was the director of the 1979 hit sci-fi horror film Alien that was written by scribe Dan O’Bannon, starred Tom Skerritt, chest-bursting John Hurt, and made a star out of Sigourney Weaver. Scott even handed over a script to Disney, but according to sources for That Hashtag Show, the script was nothing close to what Disney wanted in an Alien reboot. Disney took a pass on Scott’s script, bringing in new writers with a fresh eye for Alien.

Now, bear this in mind, the forthcoming details of the new Alien script come from That Hashtag Show and can only be confirmed through them. Plus, as with many early versions of scripts, things change. So, take this all with a grain of salt.

First off, Ellen Ripley is no longer going to be part of the Alien reboot. The new writers have moved completely away from Scott’s script. In fact, no one from the previous Alien entries, which include the Prometheus and Alien: Covenant films, will be brought along. So, no Sigourney Weaver, which also means fans won’t be seeing the return of Michael Fassbender either.

This new story claims to follow a group of colonists who are in search of a new home. The one they find is livable and seemingly free of life. The new lead’s name is Fiona and she is the science officer of the ship searching for a home. They have been looking for a while, so when this opportunity arrives, the ship’s inhabitants are ready to pounce.

Fiona, though, is all about rules and regulations and not as anxious to land on the planet. This puts her at odds with the rest of the group. Eventually, she does land the ship. And eventually, Aliens make their appearance.

But where this Alien reboot differs is that once the aliens appear, Fiona is able to capture and incubate a face-hugger, thus being able to create an alien in a tank. As this alien begins to grow, it develops an attachment to Fiona and not in a face-hugging way. The alien has a chance to kill Fiona but instead spares her. Of course, Fiona’s alien will eventually have to square off some of the more “aggressive” aliens. Grain of salt here, people.

It wasn’t long ago that there was serious talk of Sigourney Weaver reprising the role of Ripley one last time. Franchise producer Walter Hill had sent Weaver a 50-page treatment for Alien 5 that would have brought everyone’s favorite Alien-buster back to the big screen. The last time Weaver donned Ripley’s badass-edness was in the 1997’s Alien Resurrection. While Weaver was hedging about a return, Hill told SyFy Wire, “Sigourney, as she has from the very beginning, is being too modest about her proven ability to pull off the idea,” Hill said. “[The idea] is to tell a story that scares the pants off your date, kicks the ass of a new Xenomorph, and conducts a meditation on both the universe of the ‘Alien’ franchise and the destiny of the character of Lt. Ellen Ripley.”

Unfortunately, Hill’s treatment, which he co-wrote with longtime Alien producing partner David Giler, didn’t take. The push from certain factions was there but with Weaver still not seeing herself back as Ripley, Hill, and Giler’s great idea was all for naught.

It is not clear if Ridley Scott will still be involved with the Alien franchise. Obviously, his script didn’t make the Disney cut but this doesn’t mean he won’t be on board as the director. But Disney Disney-fying Alien? Somehow this does not sound like a match made in Heaven. Or even on a planet filled with Xenomorphs. Maybe Disney should leave a possible Alien reboot alone. Then again, this is Disney we are talking about. When have they ever left well enough alone? 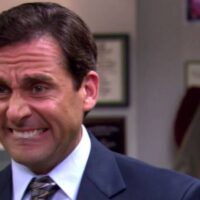 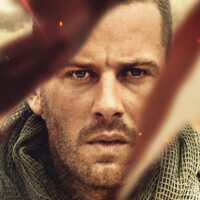