Alien as a franchise has hung around considerably longer than even Ridley Scott could have imagined when he first debuted Sigourney Weaver as Ellen Ripley back in 1979. That original movie, reminding us that in space no one can hear you scream, was the launching point for what became a much bigger story than just a single extra-terrestrial encounter on a distant moon. Now, more than 40 years and six movies later, we might be adding another film to the catalog, as there are rumors Disney might be developing a new movie, this one a prequel to Alien centering on a young Ripley.

A story about a young Ripley would possibly come into some conflict with recent news around Sigourney Weaver returning to the Alien franchise. Those rumors had Disney being very interested in Weaver reprising her role, though she’d clearly be much older than we last saw her alive in Alien 3. That movie gave the character a rather definitive end, essentially closing out the trilogy in an unambiguous fashion. She reprised the role Alien: Resurrection, but as a clone. A young Ripley story could possibly incorporate both the actress – possibly again in clone form – or provide an alternate timeline. As of now, the narrative of this potential film is unclear.

The Alien franchise started as something of a bottle movie about a wayward crew that stumbled on basically the worst imaginable scenario in deep space. It was an alien colony filled with about the most grotesque version of what we could possibly hope for if discovering alternate life in the universe. The discovered species used humans as a sort of birthing ground, which would burst out the stomach of its victims without any warning. That Ripley survived multiple encounters with them made her such an engaging character, even as a clone in Alien: Resurrection.

Another interesting side note to this path would be that a young Ripley would be unlikely to interact with the aliens we know from the Alien franchise. How her origin story would take shape in the context of the franchise isn’t totally clear. That being said, the franchise has also skipped around in time with Prometheus and Alien: Covenant acting as prequels to the original. From that respect, there is definitely some latitude around how they approach the story.

Ridley Scott, who helmed Alien as well as Prometheus and Alien: Covenant has already gone on record saying he wouldn’t revisit the worlds of the latter two. From his previous interviews, he didn’t seem all that pleased with how the franchise handled those stories. That could mean something of a reset in how they tell this latest arc.

In all, this is an exciting time for fans of the Alien franchise. With Ridley Scott back on board and Sigourney Weaver possibly reprising the role, there are a number of ways to take a story about a young Ripley and how she ends up finding her way toward the nightmare of fighting off a rather evil race of extraterrestrials.

Disney Rumored To Be Ditching Diversity In Favor Of Profit 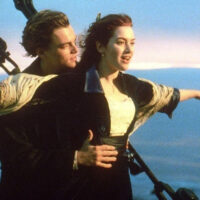 Exclusive: Titanic Remake In The Works