Fans of the Norse mythos will be glad to see that the highly-anticipated trailer for The Northman has finally dropped. Alexander Skarsgard plays the protagonist Amleth. In the first trailer, the war is on between rival Viking clansmen. Amleth sees the murder of his father, who is the king, at the hands of his uncle, and vows revenge on the man who took his life and crown away from him.

The violent trailer brings in a cavalcade of star power, as a younger Amleth watches his father’s murder. The young boy repeats, “I will avenge you father, I will save you mother, and I will kill you Flojnir”, as plenty of action shots show the hero training himself to take on the challenge from his uncle. The Northman has the makings of a great film. The trailer even has a leaping Amleth (Alexander Skarsgard) coming down with his ax on a soldier riding a horse. You can watch the trailer below.

The cast members for this film are astounding, to say the least. Joining Alexander Skarsgard are Nicole Kidman, Claes Bang, Anna Taylor-Joy, Ethan Hawke, Willem Dafoe, and even Icelandic pop singer, Bjork. A fan favorite, Hafþór Júlíus Björnsson, aka The Mountain from Game of Thrones, is also set to appear in the film. Director Robbert Eggers previously worked with Dafoe and Taylor-Joy in his previous two films: The Witch and The Lighthouse. Although those films are smaller in scale, The Northman is sure to have the same success.

Eggers was recently interviewed by EW about this new Viking epic. He said The Northman was “by far the hardest thing I’ve ever done and by far the most ambitious.” That is putting things lightly, as the cast is full of some of the best actors from all of cinema. If you’re noticing similarities with Hamlet, you’re not wrong. Eggers went deeper into the plot points for this new film, saying “It’s basically the story of Hamlet or The Lion King, which was originally an old Norse story where the Hamlet character was called Amleth. We’ve told it in our own way.” A buffed-out Alexander Skarsgard is certainly reminiscent of an older Simba.

With the rise in popularity of Norse mythology, it makes sense that this film should come out right now. The video game God of War covered this same subject matter in 2018. Thor: Ragnarok did the same in 2017. The Vikings series was a mainstay for Norse fans alike from 2013-2020. Even the video game franchise, Assassins Creed, took its crack at the genre with Assasin’s Creed: Valhalla, which was released in 2020. The Viking epic is one that has been explored plenty and one that Alexander Skarsgard has apparently been trying to make for quite some time. Eggers confirmed that both Skarsgard and himself were “kindred spirits” in wanting to get a larger Viking film made.

Now they both get their chance as The Northman is set to release in April 2022. Although this will be Eggers’ first time tackling this subject matter, Alexander Skarsgard will be taking his second crack at it, as he played the aptly named Eric Northman, a Viking vampire, in True Blood. 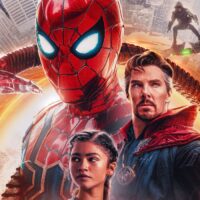 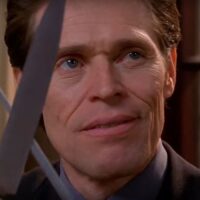