A Popular Marvel Actor Has Passed Away

Tragic news in the world of acting, especially for those who are long-time fans of the Marvel Cinematic Universe. William Hurt has sadly passed away at the age of 71. Fans will remember Hurt as he portrayed the fan-favorite General Thaddeus Ross in video games and earlier Marvel films. He also played Secretary of State Ross in the later Avengers: Infinity War and Endgame. Ross was a long-time antagonist for The Avengers and Nick Fury. He was also the main antagonist apart from The Abomination in The Incredible Hulk. Hurt’s son, Will, posted the news and a tribute to his late father on his Instagram. Hurt had unfortunately been diagnosed with prostate cancer back in 2018, which had spread to the bone. Now the man has sadly lost his battle with cancer.

While most might currently know William Hurt from his many roles within the world of Marvel, he has been a long-standing actor since the late 1970s. He was nominated for three consecutive Best Actor Academy Awards in the mid-1980s for his roles in Kiss of the Spider Woman, Children of a Lesser God, and Broadcast News. He won the Academy Award for Kiss of the Spider Woman. His fourth Academy Award nomination came in 2005, for his role in the David Cronenberg film, A History of Violence. On top of being a renowned actor throughout his career, Hurt was also known to be a great stage actor and he received a Tony nomination for his performance in 1985’s Hurlyburly.

William Hurt has had a storied career while also appearing in hit films, The Good Shepard, Into the Wild, A.I. Artificial Intelligence, The Village, Mr. Brooks, and Robin Hood just to name some. Hurt was a monumental actor that always brought such chilling performances. One of our favorites is when he was paired with Kevin Costner in Mr. Brooks. Hurt plays the psychotic alter ego, Marshall, who essentially tells Arthur Brooks to murder people. If you have not seen that film, it is highly recommended. It comes as no surprise that the man has been nominated four times for an Academy Award. Quite simply, he has been a great actor in anything that he was a part of. Thaddeus Ross becomes Red Hulk in the comics, and that was something that fans of Marvel were hoping to see at some point in the MCU. Sadly, it will now have to be someone else.

William Hurt is an award-winning actor whose work spanned decades. His work echoes over 40 years and he has garnered plenty of respect, even among those who hated him as Ross. That’s how good of an actor the man is. He was able to convince everyone that he was this rotten figure in the first iterations of Marvel films and well into his promotions throughout the later MCU films. Hurt is and always will be one of the most prolific actors and one of the only actors who has been nominated for three consecutive years for the Academy Awards. He is on that list with Glenn Close, Meryl Streep, Jack Nicholson, and Al Pacino, just to name a few. Rest in peace, Mr. Hurt. 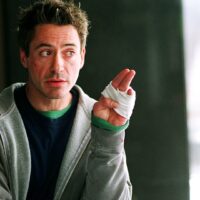