Running in 3 hours and 2 minutes, Avengers: Endgame is one of the longest Marvel movies to date. The film was a culmination of a decade of storytelling, allowing the characters that audiences have come to love, meet and share in an earned victory. Endgame was released almost two years ago, which almost seems like lifetimes. But there is no denying how powerful the end result continues to be. Reviving half of the human race and beating Thanos was a long time coming. The film was so monumental that additional content continues to be released. Recently released on Disney+, viewers can now see an Endgame deleted scene that was missing from the final cut.

The sequence is quite short in length and features many of the familiar players. Taking a reprieve from the fight against Thanos, Avengers including Captain America, Spider-Man, Hawkeye and many others discuss their point of attack. Hawkeye arrives to give T’Challa the gauntlet while other characters exchange quick words with each other. All in all, there was a reason why the scene was deleted to begin with. No character development is added or any progression of plot. Writer Stephen McFeely stated to The New York Times that the Endgame deleted scene did not work for what they were going for.

“It didn’t play well, but we had a scene in a trench where, for reasons, the battle got paused for about three minutes and now there’s 18 people all going, ‘What are we going to do?’ ‘I’m going to do this.’ ‘I’m going to do this,’” the screenwriter said (via comicbook.com). Co-writer Christopher Markus added that it didn’t make sense to add the Endgame deleted scene. Somehow all these characters found shelter in the middle of the fight only to exchange a few words. The scene did not come across authentically.

One of the best things about Endgame is how well paced the film is and how it stays true to the characters. Much of the film is pushing off from one plot point to another at a breakneck pace. Adding this Endgame’s deleted scene would have thrown off the feel of the movie and taken away from what the story truly was. Powerful emotion has always been a part of the series. Even Robert Downey Jr. had a huge reaction to the Endgame script. When pitching Endgame to the tenured actor, director Joe Russo stated that Downey was touched by the end giving to his character. With Downey leaving the franchise, Tony was given the send off that he deserved and was the lynch pin of the series.

In addition, some scenes that were in Endgame should be deleted scenes. Though many felt the heartfelt emotion at the end of the film, some fans felt that many of the emotional moments were cheap. Some scenes seemed to exist simply to pander to audiences. A scene in particular that was criticized was the team up between the female heroes. By executive producer Trinh Tran’s own admission, the creative forces were afraid of how the team up would play (via Indie Wire). Many felt as though the women teaming up in the scene only existed to appease female representation. However the scene ultimately played, it is clear that Marvel movies are dominating the box office. With the love and appreciation Spider-Man is getting, Marvel is doing something right. 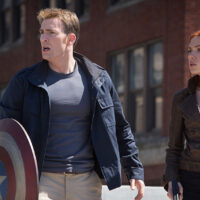