Uma Thurman has an op-ed in The Washington Post. In it, she shares her emotional reaction to learning about the laws Texas has recently passed. These laws are gaining a lot of attention. At this point, not only has Texas passed laws that make it illegal to have an abortion after six weeks, a timeline that makes it difficult to know of a pregnancy at all, but gives private citizens in the USA the right to sue anyone involved with helping someone get an abortion, including abortion providers, partners who drive them to a clinic, or Uber drivers. The person suing doesn’t need to be connected to the person getting an abortion. Many see this new law offering the ability to sue as a way to offer bounties on those seeking abortions and encourage vigilantes. Uma Thurman fears the human rights crisis she sees happening for American Women, and it has brought her to share her secrets in the news.

In response to these new laws, Uma Thurman wanted to reach out to those who will be most affected. She is telling people not to feel shame, and sharing that she had an abortion in her late teens. While she calls this fact her darkest secret, she also expresses that she doesn’t regret the decision. “It has been my darkest secret until now,” wrote Uma Thurman. “I am 51 years old, and I am sharing it with you from the home where I have raised my three children, who are my pride and joy.”

Often, people associate abortions with those who hate or don’t want children. It seems that Uma Thurman is pointing out that she happily has children now as a way of pointing out that wasn’t her reason for having an abortion. She also points out that having the medical procedure performed in her late teens did not lead to an unhappy life for her, or even a childless one. She is encouraging her readers of the op-ed to not let the world make them feel shame for their decisions.

While there are certainly people who don’t want to ever have children, there are a lot of reasons people like Uma Thurman have abortions. Studies have been done, finding that the list of reasons is extremely difficult to narrow down, but they have tried to categorize the main reasons. For example, they are not at a point in their life where they feel ready to have a child, they are financially unstable, don’t have a safe living situation to bring a child into, have an abusive partner, incest, rape, and health reasons. Ultimately, the reasons trend toward being fairly unique to the individual situation.

Uma Thurman took the opportunity to point out how much money has to do with the ability to obtain an abortion. Those in Texas from wealthy families have little to fear from going across state lines to obtain an abortion, or help someone get one. If they’re sued, the financial ramifications don’t mean as much. Getting across state lines is also easier when one has money. The actress explained her thoughts about these situations and her feelings about the law below.

Women and children of wealthy families retain all the choices in the world, and face little risk. I am grief-stricken, as well, that the law pits citizen against citizen, creating new vigilantes who will prey on these disadvantaged women, denying them the choice not to have children they are not equipped to care for, or extinguishing their hopes for the future family they might choose.

She went on to urge everyone to stay strong and to know that if they feel alone, Uma Thurman still sees them, values them, and doesn’t want them to feel shame. She says, “I see you. Have courage. You are beautiful. You remind me of my daughters.” 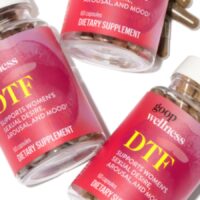