By Kristi Eckert | 20 seconds ago

Tom Cruise is a living Hollywood legend. His list of iconic movies is virtually endless from ‘80s classics like Risky Business (1983) and Top Gun (1986) to the entirety of the Mission Impossible franchise, an upcoming Top Gun sequel Top Gun: Maverick (2022), and now even possibly a new Green Lantern movie. He has, inarguably, had one of the most extraordinary careers that any actor could potentially ask for. He certainly is larger than life. However, even exceedingly famous movie stars sometimes just want to do something normal, and that is just what Tom Cruise did when he recently attended a San Francisco Dodgers versus Los Angeles Giants baseball game and judging by the fan reactions to this yeti-like siting, the crowd was seemingly more excited to see him than the game.

According to Vanity Fair, Tom Cruise was attending game two of the National League Division Series with his son Conner. However, his quality father-son time was quickly interrupted as fans began to notice who he was. One fan, in particular, looked completely awe-struck in a picture that she shared of herself smiling ear-to-ear next to Tom Cruise. Take a look at the fan’s ecstatic post below.

As the word spread like wildfire on social media that Tom Cruise was at a baseball game in San Francisco some fans genuinely could not believe it. Some couldn’t rationalize why he was there at all.

Other fans were convinced that the photos and images popping up were most certainly deepfakes, and that the person that they were seeing was not actually Tom Cruise at all, but the work of a person on the internet skilled at using software to fabricate the images.

However, skepticism was put to rest when news outlets began officially relaying the information. When a star with as much notoriety as Tom Cruise is spotted out in public, it is most definitely newsworthy, and it looks as though the reporters were just as surprised to learn that Tom Cruise was attending the game as fans were.

In fact, one observant sports newscaster, Anthony Flores, noticed that Tom Cruise wasn’t the only celebrity who came out that night to watch the Giants and Dodgers play. Danny Glover also made an appearance and judging by the video footage that was captured, the two of them look to be good friends. Check out the full clip below.

It was certainly a rare treat for the many fans that got to see Tom Cruise out in public, especially given the actor’s exceedingly jam-packed schedule. However, even though one doesn’t just get to run into Tom Cruise every day, it has been known to happen. Just a few weeks ago the actor, while practicing a stunt for his next Mission Impossible film, unknowingly ran into a group of hikers in the woods. It looks like those lucky fans were able to get an up-close and personal glimpse of at least one stunt they can expect to see in Mission Impossible 8. 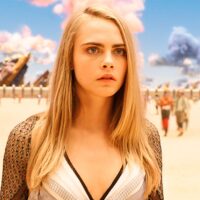 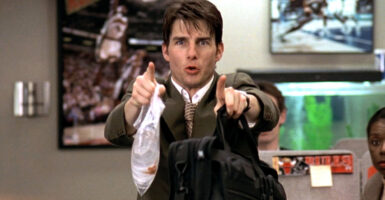