Netflix has had no shortage of controversy, especially lately. The streaming platform came under fire for having Dave Chappelle content on the platform after many claimed that he is anti-trans. The same is now being said in the case of Ricky Gervais, who just released his new stand-up special on the platform as well. Gervais also appeared as anti-trans, as plenty of people attacked the man for his comments in the special on Twitter. However, despite all the negative press, Netflix’s CEO, Ted Sarandos, has stood up for both men. According to Sarandos, “We’re programming for a lot of diverse people who have different opinions and different tastes and different styles, and yet we’re not making everything for everybody. We want something for everybody, but everything’s not going to be for everybody.”

Sarandos has been standing up for Dave Chappelle for months now, and now he has come under fire for the new Ricky Gervais content. The Twitterverse exploded with plenty of people claiming that Gervais is anti-trans in the same way that Chappelle is. Sarandos also commented when asked about how he felt about Gervais, and he said the same response applies to Gervais’s material. The comment from Sarandos was, “It was an opportunity to take somebody, like in Dave’s case, who is, by all measure, the comedian of our generation, the most popular comedian on Netflix for sure. Nobody would say that what he does isn’t thoughtful or smart. You just don’t agree with him.”

The subject of free speech is always a touchy one, especially in this day and age. With the ongoing issues of representation for the LGBT community often at the forefront of many companies’ issues, it is brave that Netflix has taken such a stance. Disney has had trouble for months also, as massive employee walkouts were enacted when Pixar claimed that Disney had long been silencing their want to add LGBT representation. Now that two comedians are apparently anti-trans on the same platform, it is likely to cause tons more negative press for the streaming platform. However, the CEO of the company has been steadfast in his support for the art of comedy, despite it appearing as controversial to a great many people.

Comedy is certainly subjective, and the idea is that comedians are pointing out the absurdity of a situation. Even Dave Chappelle has come out and said he is not anti-trans, despite what people think. Ricky Gervais also stated the same thing in his special, though he was pushing the envelope on the subject with his jokes. Freedom of expression is something Sarandos has preached since coming under fire for having comedians that are extremely controversial on the streaming platform.

Despite everyone’s anger towards the stand-up material on Netflix, Dave Chappelle remains the most popular comedian on the platform. That is likely the same case for Ricky Gervais. People are likely not going to agree with both men’s stances on a lot of subjects, but there are a couple of options that can be taken. Just turn off the TV or stop watching these comedians. There is no sense in getting riled up by a comedian who is now going to push the absurdity of being in the spotlight for telling jokes. The trans issue is one that both Chappelle and Gervais know is going to get them in “trouble”, but they do it anyway. That is how they show the absurdity of the situation. That is what telling jokes is all about. 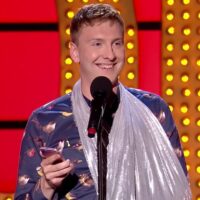 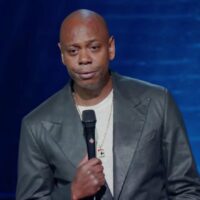 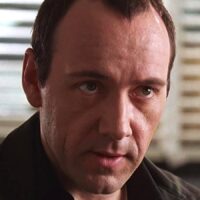