New Lego Super Mario sets are headed your way! One of these new sets will include a maker set that will allow the builder to customize their set in a number of incredibly creative ways.

You can watch the new commercial for the Lego Super Mario sets right here:

The new Lego Super Mario maker sets are loaded with a ton of inventive integrations of many classic Mario items and characters. The set seems to be taking inspiration from the Super Mario Maker series of games. These installments allow players to construct their own levels by using a plethora of preset assets from previous Super Mario games. Bringing that same kind of creative energy to the world of Lego makes perfect sense.

As you can see in the above commercial, there are a bunch of new characters that are being added to the Lego Super Mario Master Your Adventure Maker Set and the various expansion sets. You’ll see iconic baddies like the Chain Chomp and Wiggler in the commercial. It is pretty cool to see these enemies brought to life through the magic of Lego.

What is really cool is seeing how builders will be able to customize the way Mario responds to different bricks throughout their constructed level. Whether you load them up with coins, mushrooms, or other power-ups will be up to the builder. And there will also be a number of new Power-Up Packs that will give Mario suits like the Penguin Suit and one of the most memorable suits in the entire franchise, the Tanooki Suit.

There will also be Lego Super Mario character packs that will be blind buys for consumers. You will have a chance at getting one of these beloved baddies: Huckit Crab, Spiny Cheep Cheep, Ninji, Foo, Parachute Goomba, Fly Guy, Poison Mushroom, Para-Beetle, Thwimp, or a Bone Goomba.

You will also have a new start pipe that will create a randomization of the rules for gameplay. For example, you will have a short time limit to reach the end of a level for a chance at some better rewards. All these new tweaks to the set help to encourage a different approach to your level constructions.

The new Lego Super Mario sets and character packs will be hitting shelves on Jan 1, 2021. It is a little surprising to hear that they will be released after the regular holiday season. You would think that something like this would be one of the biggest crazes for kids and Lego enthusiasts around the holidays. Waiting to release them after the new year has to have a specific reason behind it. Maybe folks go crazy for deals or new toy releases after Christmas?

It is great to see the Lego Super Mario series continue to inspire young minds and their ability to create levels. In fact, it is a good introduction to understanding game design. That sounds a little snooty but it’s true! Even if they don’t realize that’s what they are engaging in, it is making an impression. 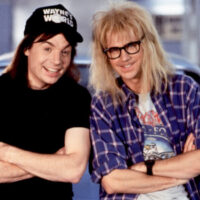 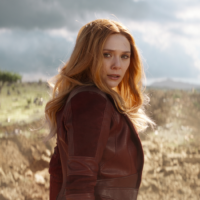