On March 3, 2022, Keanu Reeves is set to join stars like Patti Smith and Jason Isbell for a Tibet House U.S. Benefit Concert. The group is based in New York and they work to preserve Tibetan culture. It was established in 1987 by supporters of the Dalai Lama. The actor has a reputation for being kind and thoughtful, and for many people, the concert may sound like a charity event that wouldn’t ruffle any feathers. The issue is that China and Tibet have a long history of conflict.

Authorities in Beijing have labeled the Tibet House as a separatist organization, which means they see it as a group that advocates for Tibetan independence. This is against their own agenda, since Beijing authorities reportedly see the Tibetan region as part of its national territory. Anything that could be seen as a suggestion of support for Tibetan independence is then considered to be an insult to China’s sovereignty. So while Keanu Reeves hasn’t publicly said that he supports Tibetan independence, because he is doing an event with an organization that seemingly supports that cause, he has been judged by many nationalist social media users in China as taking a side against nationalist interests in the conflict. Does this matter to Keanu Reeves? It may affect his career, yes.

After it was announced that Keanu Reeves is participating in the Tibet House U.S. Benefit Concert, social media users in China called for a boycott of any movie the actor is in, including The Matrix: Resurrections. That shouldn’t really matter all that much for Matrix 4, since its box office in the country has actually been terrible already, so there weren’t any high numbers to destroy. However, China, in general, has a huge and respected movie theater market. A lot of Hollywood movies want to see big takes in the country. When actors have spoken up in the past in support of Tibetan independence, or done things that have appeared that way, their movies have sometimes been banned from Chinese theaters.

This means that if the Mainland China authorities responsible for censorship in movie theaters for the country decides to ban Keanu Reeves, none of his future movies will appear in Chinese theaters. And that means Hollywood may stop casting one of its biggest stars. That may sound like a stretch, but it has happened to huge celebrities in the past. A prime example is Richard Gere. The actor was very vocal on the issue of Tibetan independence. He was banned from theaters in China. Big-budget Hollywood movies wouldn’t cast him after this, and that is credited as the reason he only appears in indie movies today.

In more recent news, the release of Dune in China saw one actor removed from the screen. Marvel has seen issues with several of its recent releases in the country, including Shang-Chi and Eternals. It’s unclear how Marvel is moving forward with that issue. Publicly, they’ve seemed to suggest that it won’t have an impact on their hiring decisions, but it’s unclear if that will be the case. Keanu Reeves is someone many expect to be cast in a Marvel project at some point. In December 2021, the actor addressed that during interviews, saying that he’s talked to Kevin Feige about possibilities. Will China actually ban his movies from their theaters? Will this impact his career? Will the reported boycotts on social media change any of the decisions Keanu Reeves makes for charity events moving forward? These are all questions without answers at this point, but may be something that we see develop in the future. 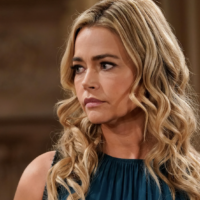