Elon Musk just turned 50 years old. To celebrate, a company erected a bronze statue of the controversial figure in New York City. In response, a number of Twitter users have posted tips for vandalizing the life-size depiction of the tech billionaire. Those people seem to be both people who like Elon Musk and those who don’t. People who particularly dislike the guy don’t want to see a likeness of him in their city. Those who are fans of him aren’t fans of the bronze statue itself.

In the tweet below, you can see the Elon Musk statue, its location in New York City, and information on how to bid on the thing on eBay. Yes, apparently, the company doesn’t plan on leaving the statue up long. Perhaps because they know that it won’t last with all the people threatening vandalism?

What are people saying about the Elon Musk statue? Mostly, they’re sharing vandalism suggestions. You can see a sampling of the sentiments below.

At this time, Elon Musk hasn’t posted anything about the statue himself. It may be that he’s not particularly interested. It may also be that he doesn’t know what to say about an unfortunate statue of himself that both his detractors and fans think should be vandalized. Happy birthday to the billionaire?

The Elon Musk statue comes from Public.com, which is a social media app for investing. It aims to make investing a social and fun experience. Musk has a recent history of controversial cryptocurrency opinions, but the finance app is actually focused on the stock market. When they posted about their new statue, they didn’t do so with any admiration for the CEO of Tesla Motors. It was with a more nonchalant, “whether you like him or not, he’s a big deal” attitude. It wasn’t particularly clear why they chose him to make a statue of, except for obvious conclusions: his name is often trending, he’s a big deal in the world of finance, he’s controversial, and people will pay attention to the bronze statue. It’s enough to make one wonder if they wanted the statue to closely resemble him, or if it was even better if the bronze figure left people questioning why it didn’t look better.

They have even crafted 100 smaller versions of the Elon Musk statue to give away. The last part, about how “What you do with yours is up to you”, almost makes it sound like they’re encouraging the vandalism threats on the original structure.

This is hardly the biggest and most controversial thing that has happened for Elon Musk, but it’s certainly odd. A while ago, he hosted SNL. Many of the cast members on the show weren’t happy about it. He mocked Dogecoin on the show, a cryptocurrency he supports, and then its value dropped. His public opinions have always been very loud and all over the place. That would make it seem like it would be hard for him to diehard fans, but the opposite seems to be true. With his loyal fans and sea of haters out there, it will be interesting to see how long the bronze statue lasts in Lower Manhattan. 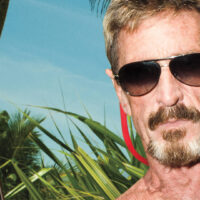